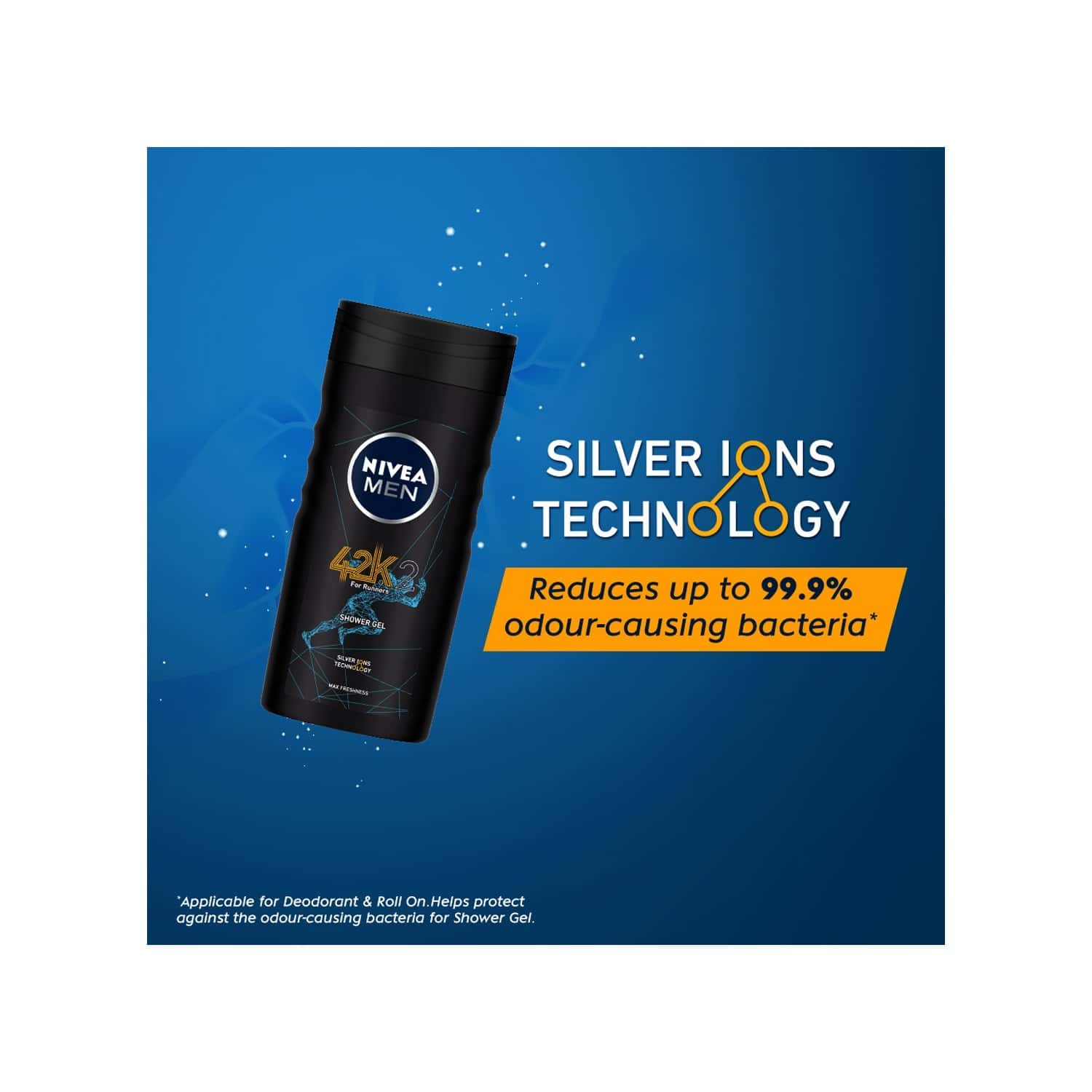 Marathons are the ultimate test of endurance. Sweat it out without smelling like it, with NIVEA Men 42k Shower Gel. A 3-in-1 shower gel that's as tough as you. Tag in a shower gel that uses the caring formula of Silver-ions Technology to go mild on the body, face and hair while preventing body odour. It uses active silver-ions to work against odour-causing bacteria, which reacts with sweat to cause malodour. Use it pre-run for odour-control and post-run for deep cleansing against sweat and microbes.

"
Features and Details
Brand
NIVEA
Manufacturer Name
Nivea
Disclaimer
If the seal of the product is broken it will be non-returnable.
Offers
View All

Flat 25% Off on first medicine order

Upto Rs.600 cashback on Paytm wallet + Flat 25% off on your first medicine order
1 Lakh+ Products
We maintain strict quality controls on all our partner retailers, so that you always get standard quality products.
Secure Payment
100% secure and trusted payment protection
Easy Return
We have a new and dynamic return window policy for medicines and healthcare items. Refer FAQs section for more details.
Download the App for Free