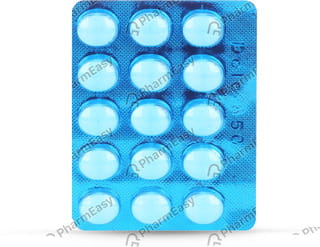 By MICRO LABS
15 Tablet(s) in Strip
₹29.13*
MRP ₹34.27
15% OFF
Inclusive of all taxes
7 days return policyRead More
All the Products are packed and stored Safely

Dolo 650 tablet is a pain-relieving medicine. It also helps reduce fever. Dolo contains paracetamol as its active ingredient. This medicine is used for many conditions such as headache, backache, mig

aine, toothache, body pain etc. Pain is an unpleasant feeling caused by the formation of certain chemicals in the body in response to an injury, tissue damage or disease. Dolo 650 mg tablet works by blocking the formation of these chemicals responsible for fever and pain. This medicine usually provides symptomatic relief to the patient taking this medicine. The dose of the duration of this medicine varies among individuals depending on the severity and condition it is being used for. You should not take more than 4 tablets of the Dolo 650 in any 24 hours. Do not take it further if you feel that your pain and fever are relieved. This medicine is not meant for children under 12 years of age. Avoid taking Dolo 650 too often and for a prolonged duration without medical advice. Also, you should not take this medicine if you are allergic to paracetamol or any ingredient of the Dolo 650 tablet.

Side effects of Dolo 650 MG

Chances of developing side effects with the Dolo 650 are rare if taken within the recommended doses. However, in rare cases, you may experience -

Precautions and Warnings of Dolo 650 MG

Q:
Can I take the Dolo 650 tablet during pregnancy?
A:
Dolo 650 can be used during pregnancy if the doctor recommends it. Yet, it should be used for a short duration in low doses and should not be used too frequently by pregnant women.

Q:
Can I drive if I have consumed the Dolo 650 tablet?
A:
Dolo 650 tablet is not likely to affect your ability to drive or use machines.

Q:
Can I consume alcohol with the Dolo 650 tablet?
A:
Moderate consumption of alcohol when you are taking a Dolo 650 tablet is usually safe. However, there is a risk of liver damage in chronic alcoholics (people who drink too often or can not abstain from drinking) and people with liver problems.

Directions for Use of Dolo 650 MG

Storage and disposal of Dolo 650 MG

Symptoms of an overdose of Dolo 650 includes nausea, vomiting, loss of appetite and stomach ache. If you happen to take too much of the Dolo 650 tablet, reach out to your doctor or the nearest hospital immediately....
Read more

If you have missed a dose of the Dolo 650 tablet, then take it as soon as you remember. Keep a gap of at least 4-6 hours between this dose and the next dose. If it is almost time for the next dose, then skip the missed dose and continue with your regular dosing schedule....
Read more

Dolo 650 tablet works by interfering with the production of a chemical called prostaglandins, which is responsible for the fever, swelling and sensation of pain. It also acts on the area of the brain, responsible for controlling body temperature....
Read more

A: Yes, Dolo 650 tablets can be used for headache. However, if you are feeling you get the headache too often and there is not much relief in the headache after taking this medicine, consult your doctor.

Q: Can I give the Dolo 650 tablet to a five years old child?

Q: Is Dolo 650 safe during pregnancy?

A: It can be taken during pregnancy under medical supervision. A pregnant woman should avoid taking the Dolo 650 too often and for prolonged durations.

A: You can take Dolo 650 tablet for controlling fever, it may not have any action in reducing cold as cold usually happen due to a viral infection.

A: Dolo 650 mg is used to relieve fever and mild-to-moderate pain. It is also used to get relief from headache, toothache, migraine, period pain and other painful conditions.

Q: Dolo 650 vs Crocin, what are the differences?

Q: Any general warning I should be aware of about paracetamol?

A: Be cautious if you are a patient with liver and/or kidney-related condition.

Q: Dolo 650 or paracetamol, which is better?

A: Dolo 650 contains paracetamol as an active ingredient and its pain killer action is due to the presence of paracetamol in it.

A: Meftal Forte Tablet is a combination medicine containing paracetamol and mefenamic acid as its active ingredient. Dolo 650 tablet contains only paracetamol. Both of these are pain-relieving medicine and are used to relieve mild to moderate pain and to reduce fever.

A: Yes, the Dolo 650 tablet can be used to relieve body pain. Be sure to consult your doctor if body ache is persistent and does not go away in a few days.

A: No, the Dolo 650 contains a high dose of paracetamol and it should not be used for kids below 12 years of age.

A: Yes, the Dolo 650 tablets can be taken every 4 hours, but only after consulting a doctor.

Q: Does Dolo make you sleepy?

A: No, Dolo does not make you sleepy.

A: You can take Dolo 650 regularly for many days advised by the doctor, but don't take more than the recommended dose. Because overdosing on paracetamol can cause serious side effects.

A: You should not take Dolo 650 if you are allergic to paracetamol or any ingredient of the Dolo 650 tablet. You should be careful if you are taking any other product containing paracetamol. Also, if you notice any kind of allergic symptoms like skin rash, swelling and/or itching (especially on the face, lips, throat, etc.), dizziness, breathing difficulty, etc. after taking Dolo 650.

A: Dolo 650 and paracetamol 650 are the name of the brands and contain 650 mg of paracetamol as its active ingredient, possessing the same benefit to the patient taking it.

Q: Is Dolo good for fever?

A: Dolo 650 is the most commonly prescribed medicine to control fever and pain relief. This medicine is used to treat body aches, headaches, toothache and other conditions also.