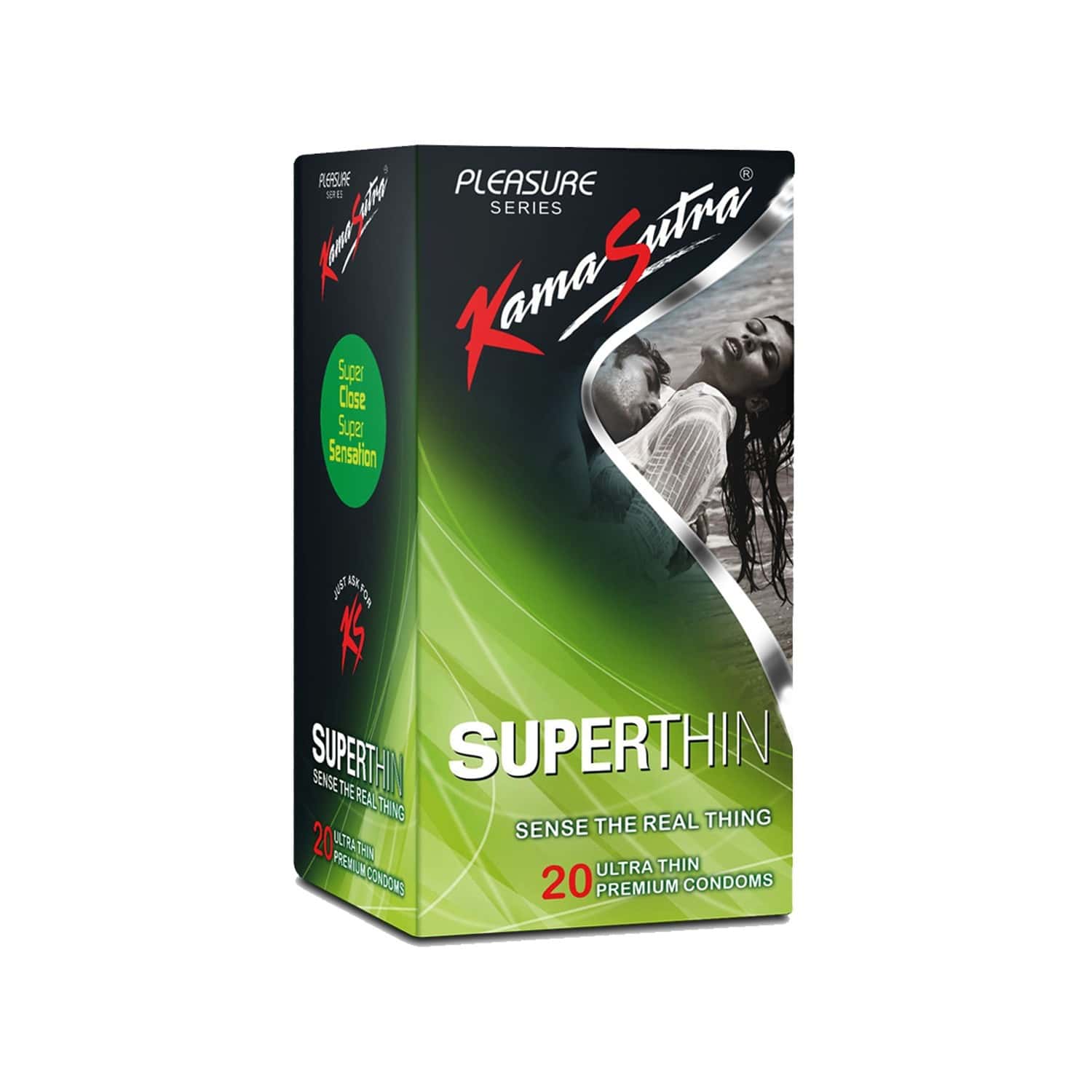 With Kamasutra Superthin Condoms made from natural rubber latex, enhance the pleasure and feel the natural sensations offered by Kamasutra’s extra thin technology, that ensures nothing comes between pleasure. The 100 per cent electronically tried and tested range of products boasts absolute protection and safety while not compromising on the quality. The extra thin layer of Kamasutra Superthin Condoms helps in maximising the pleasure felt by both partners. The sensation provided feels almost like skin to skin contact.

Ans: No, it is absolutely not advisable to use two condoms. The friction generated between two condoms may tear one or both the condoms, making it even more unsafe.

Q2. Is there a standard size of condoms?

Ans: No, the size of condoms vary according to the manufacturers. They come in different sizes and widths.

Q3. How are condoms tested?

Ans: The test methods of condoms include electronic testing, the water leak test, the air burst test and the strength test.

Features and Details
Brand
KamaSutra
Manufacturer Name
Check Details
Country of Origin
India
Disclaimer
If the seal of the product is broken it will be non-returnable.
Ratings and Reviews
3.8
/5
19 Ratings
5 stars
47%
4 stars
26%
3 stars
5%
2 stars
0%
1 stars
21%
Recent Reviews
PharmEasy User
"Great"
3 months ago
Abhishek Gupta
It's a better variant then other of this brand
13 months ago
Rohit Adsule
"Real feel"
5 months ago
View All Reviews