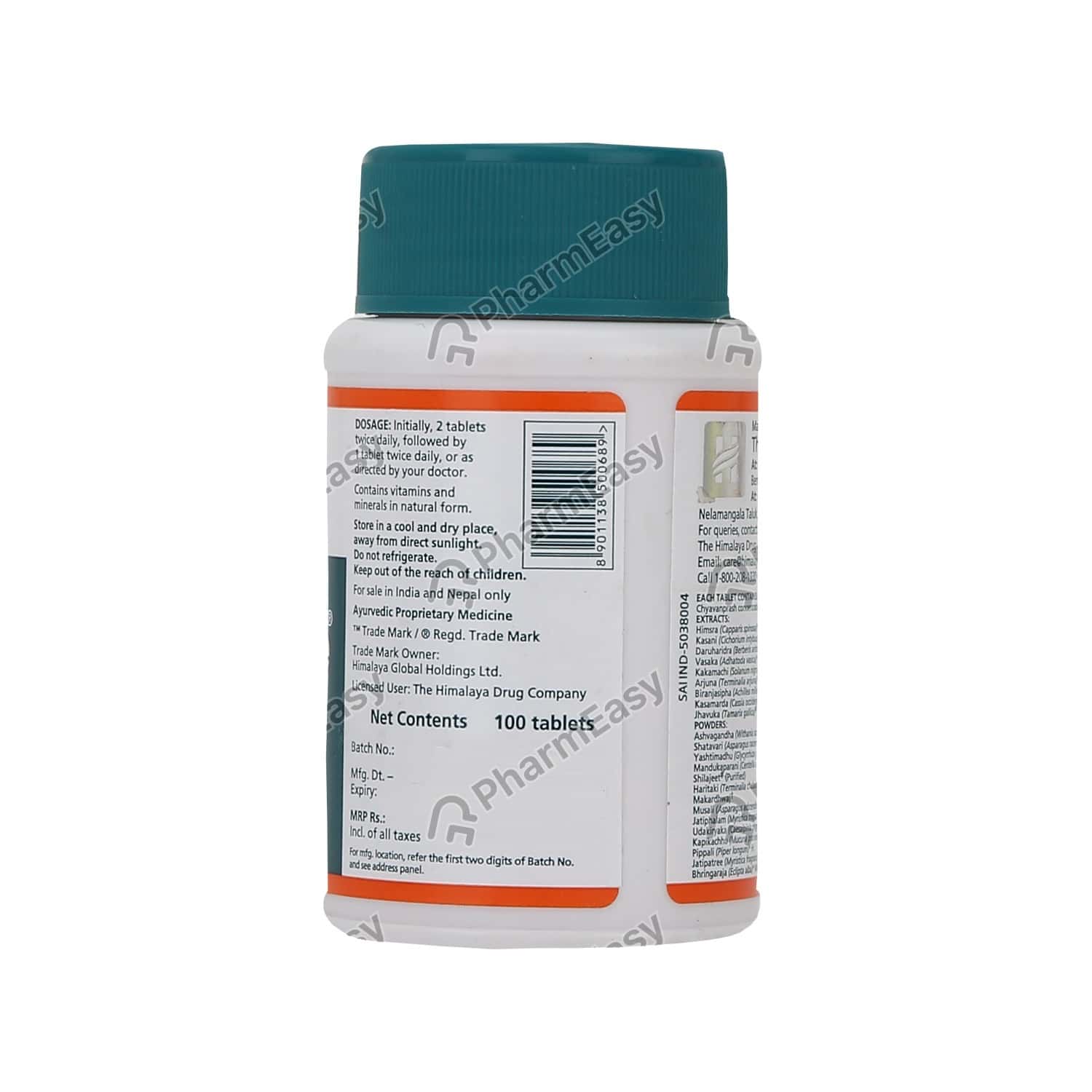 Himalaya Geriforte tablet has a rich composition of Chyavanaprasha and Winter Cherry (Ashvagandha).

Chyavanaprasha is enriched with natural ingredients like Indian Gooseberry, Cardamom and Cinnamon, which combat coughs, colds and infections. Chyavanprasha fortifies immunity, fights stress and age-related issues, detoxifies blood, and boosts over-all health.
Ashvagandha is an antioxidant that acts as a stress reliever and boosts functionality and capabilities of brain. It is an antioxidant which scavenges on free radicals in cells.

Himalaya Geriforte tablet has an antioxidant property to battle premature aging and boosts the life of vital organs. The anti-stress Geriforte tablet helps in keeping stress and fatigue at bay, while boosting over-all stamina of the body.

Directions of use:
For effective results, one Himalaya Geriforte tablet can be taken after meal.

Use under medical supervision

Features and Details
Brand
HIMALAYA
Manufacturer Name
Himalaya
1 Lakh+ Products
We maintain strict quality controls on all our partner retailers, so that you always get standard quality products.
Secure Payment
100% secure and trusted payment protection
Easy Return
We have a new and dynamic return window policy for medicines and healthcare items. Refer FAQs section for more details.
Download the App for Free