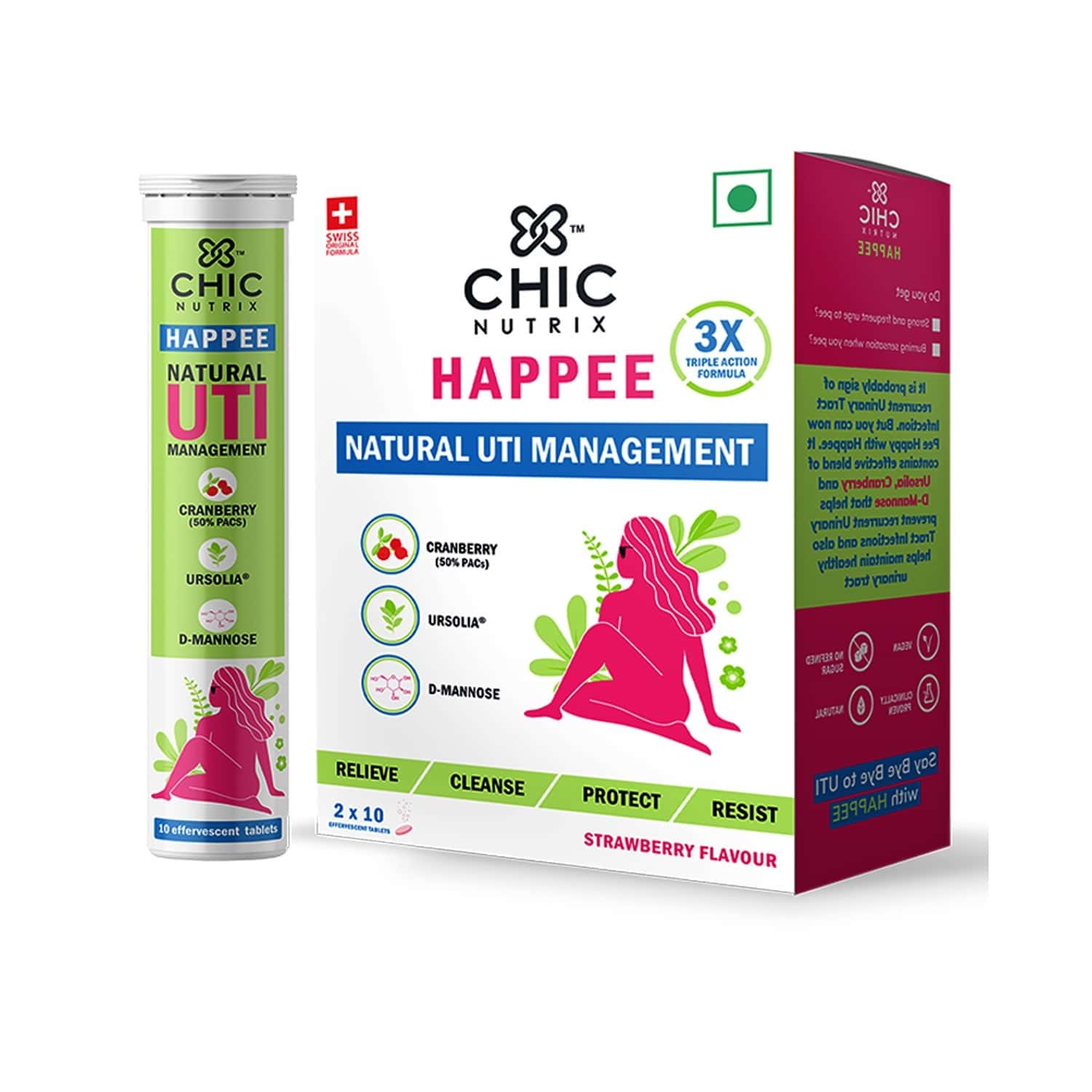 Urinary tract infections (UTI) are more common in women, especially pregnant women. Over 50% of women will experience a UTI at least once during their lifetime, with 20% to 30% experiencing recurrent UTIs.

Chicnutrix Happee is a Natural UTI MAnagement Supplement with triple action formula that contains natural ingredients like Cranberry Extracts, Ursolia and D-Mannose. The combination relieves the pain, cleanses and protects the urinary tract and resists the bacterias causing infections and also prevents the recurrent UTI.

"
Features and Details
Brand
Chicnutrix
Manufacturer Name
Check Details
Disclaimer
If the seal of the product is broken it will be non-returnable.
Offers
View All

Flat 20% off + 20% cashback on all medicines + Myntra voucher worth Rs.250
1 Lakh+ Products
We maintain strict quality controls on all our partner retailers, so that you always get standard quality products.
Secure Payment
100% secure and trusted payment protection
Easy Return
We have a new and dynamic return window policy for medicines and healthcare items. Refer FAQs section for more details.
Download the App for Free