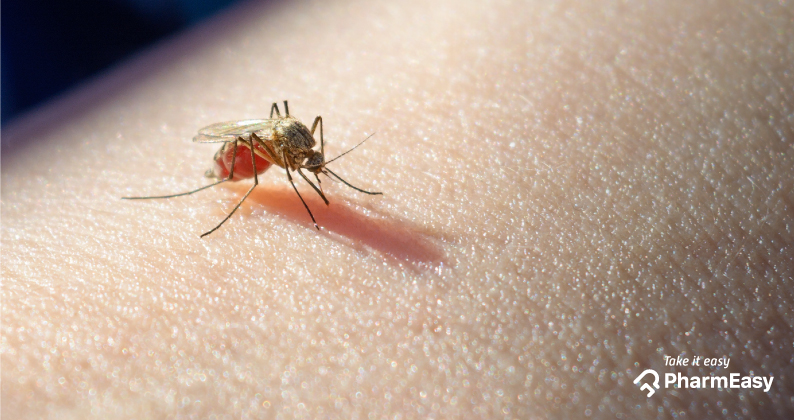 Monsoon is upon us! By the end of June, it will have arrived in all parts of India.  Its arrival is indeed a cause for celebration because it brings respite from the blistering heat of summer. But there is a flip side to monsoon as well. It is the season of vector-borne diseases. And one of the most prevalent and most feared diseases is malaria.

According to the World Malaria Report, 2018, 94% of India’s population lives under the threat of malaria. Close to 8 million people are diagnosed with it every year- India reels under one of the highest malaria burden rates of the world.

The Indian government has promised to eradicate malaria by 2030. But every citizen needs to do her/his part to make India malaria-free.

Here’s What You Should Know About Malaria –

At the root of malaria is a parasite called plasmodia. It enters human beings through the bite of a female Anopheles mosquito. It is not contagious.

Malaria breaks out in warm, muggy, and wet climates- the kind that prevails in India during the monsoon season. The more temperate or drier regions of India like the desert or mountainous areas are relatively safe from malaria.

Don’t undermine malaria. It is a life-threatening disease. And certainly, don’t surrender your fate to the hands of your local municipality whose job it is to curb malaria. Their efforts are often slipshod. Your safety is, to a large extent, in your own hands. Here are a few measures you can adopt to protect your loved ones and yourself from the grasp of this horrific disease.

A mosquito’s tiny little bite can be the kiss of death. Its population has to be nipped in the bud.  Female mosquitoes lay eggs in stagnated and still water. In your neighborhood, there will possibly be plenty of places where rainwater accumulates. It could be a pothole, a garbage dump, a construction site, or a field studded with depressions. Rainwater may also collect at the base of your potted plants. These are prime breeding spots for mosquitoes. And any number of them could be the Anopheles variety- the carrier of malaria.

So, don’t let water pool in these spots. Some more steps that you can take are –

If you or someone you know has contracted a fever that hasn’t subsided in 3 days, its time to consult a doctor who will, in all likelihood, prescribe a blood test. Do not drag your feet. Delaying treatment can be fatal.

Wage a determined war against malaria. A few simple steps and awareness on your part can save lives.