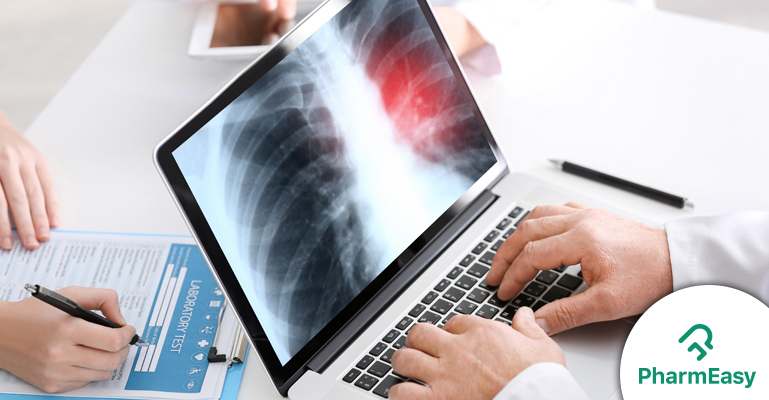 Lungs are one of the most affected organs with the changing temperatures and climate. Respiratory disorders stem from a lot of causes- the primary being a genetic predisposition and environmental factors. Exposure to agents that are harmful can also cause severe lung problems. Let us take a look at the most common ones and what you should know about them.

Cold is one of the most common lung infections. It spreads from someone’s coughs and sneezes who are already sick with a cold. It is a viral infection and can trigger bouts of asthma and even pneumonia. The cold has no cure.

When the bronchioles in the lungs get inflamed, it can trigger an asthma attack which causes swelling up of the airways and leads to breathing difficulties. A dry cough, wheezing and shortness of breath are common symptoms. Allergens, pollution and other infections can trigger asthma.

Chronic Obstructive Pulmonary Disease or COPD is the common term for many respiratory issues that is symptomized by breathlessness, problems in exhalation, mucus in the lungs, and shortness of breath. It takes time to identify COPD as it takes a long while to develop and the symptoms are usually thought of as an aging process. It is related to smoking.

When the bronchioles, the tubes that carry the air to and fro from the lungs get inflamed, it is known as bronchitis. Allergens, cold, flu, and pollution can cause bronchitis. Colored mucus, sometimes it even has blood, a fever and the infection that lasts for more than three weeks usually are symptoms of bronchitis. It is treated with antibiotics.

When the air sacs in the lung get filled with fluid due to a viral or a bacterial infection, it is known as pneumonia. Fever, breathlessness, cough with thick mucus are some of the symptoms. For pneumonia caused by bacteria, antibiotics help. Drinking lot of fluids is also beneficial.

When the space between the lungs and the chest wall fills up with fluid, it is known as pleurisy or pleural effusion. This could happen because of pneumonia, congestive heart failure or even cancer. Discomfort in the chest and breathlessness are common symptoms.

It is a genetic disease that causes lung airways to clog up with thick, sticky mucus. The patient falls prey to lung infections repeatedly. Frequent lung infections, repeated coughing and poor growth rate with a salty taste on the skin are common symptoms.

This is one of the hardest cancers to detect. It can develop anywhere in the lungs. The tumors pop up near the air sacs. Chronic coughing, voice changes, blood in cough and harsh breathing sounds are common symptoms.

Smoking causes most lung infections. Avoid people sick with lung infections and places that are dusty and are exposed to harsh chemicals. Quit smoking to stay lung happy.