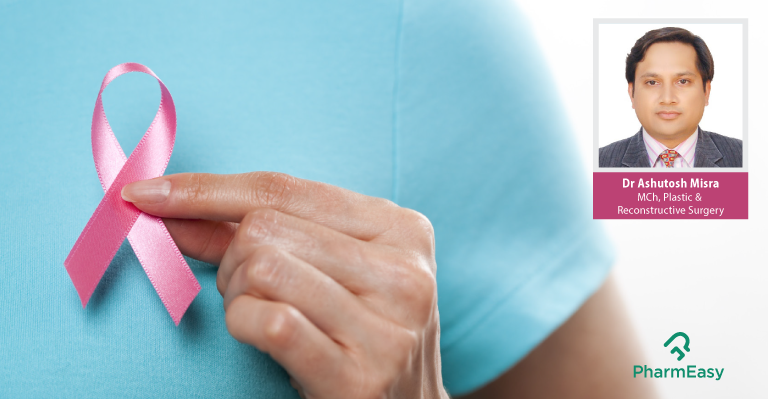 Breast cancer is one of the most common and deadliest diseases of modern times. Research suggests that breast cancer occurring in women younger than 35 years old constitutes 11.3% of all breast cancer cases in India.

Today, technology advancements have made it possible to provide such patients with the best treatment. Many women, still in their early stages of cancer can choose between Breast Conserving Surgery (BCS) and Mastectomy.

Moreover, apart from physical, the patient goes through mental and emotional ordeal due to the many bodily changes that breast cancer brings with it. It is rudiment to screen the cancer and be aware of your body and keep re-examining it annually.

According to the National Cancer Institute, prophylactic mastectomy in women who have a family history of cancer or women who carry BRCA and BRCA1 genes can reduce the risk of cancer by 95%. For instance, Angelina Jolie underwent double prophylactic mastectomy back in 2012, to get both her breasts removed in order to avoid the risk of cancer being developed, given she lost her mother to Ovarian Cancer at the age of 56.

Some of the Benefits of Immediate Reconstruction Are as Follows:

There are three broad categories of breast reconstruction. Following are some of the procedures used to reconstruct breasts post mastectomy or lumpectomy.

Breast implant reconstruction is the most common technique for Breast Conserving Surgery (BRC) worldwide. Post cancer removal, the patient can choose from a plethora of implants; mainly – Saline, Silicone etc. The correct type of implant varies from patient to patient. Usually, very large breasts are not suited for implants and small breast implants are advisable.

Expander implant consists of a saline injection port and is gradually expanded to a desirable level (200 cc, 400 cc) once attached. It could be used permanently or replaced with gel implants after they reach proper expansion.

2. Breast Reconstruction using Flaps
“Post cancer treatment, if patient requires radiation therapy; implants should be avoided all together. In that case the patient must opt for flap surgery/tissue replacement”

Some examples of Free Flap (Microvascular procedures) are:

Recently surgeons are venturing into the fat grafting method of reconstructing implants to make them look more natural. This is a relatively new technique for reconstruction. Since implants don’t look that natural and sometimes one could look different or saggier than the other.

As an implant is attached to a foreign body, it may take some time to settle and accept the patient’s body. Some of the health risks include:

Although, once the implant is settled, the patient’s body accepts it; there are not many long-term complications. In the future, many modifications or correction surgeries can be performed such as breast enlargement etc.

Recovery downtime with Implant is less as compared to DIEP Flap Surgery. Mostly mammography and other tests constitute pre-operative procedures. Post breast reconstruction, the diagnostic modality is usually an MRI. Mammography is of no value once the breast is out.

Can the Cancer Return after Reconstruction?

It is highly unlikely for the cancer to return post surgery since the breast tissue is removed. However, there are certain pre-existing seeds which are invisible to the naked eye and develop over time. It is not about cancer recurrence but manifestation of Metastasis where cancer cells roam in the blood, especially in the later stages and develop in other organs like liver, brain etc.

Most common is development of cancer in the axillary lymph nodes of the armpit. It’s therefore advised to remove these while performing breast resection.

What are the Follow-up Protocols?

One of the most important diagnostic procedures is PET CT Scan to detect the presence or spread of cancer after surgery.  Other protocols involve keeping in touch with the Plastic Surgery Team or cancer support groups for confidence building.

Breast Reconstruction can be performed immediately or after a year or two after the resection surgery. The primary motive is always to get rid of the cancer; however, immediate reconstruction is crucial to patient’s mental health.

Patients at very later stage of cancer are advised to opt for secondary reconstruction where they get follow up for at least a year in order to avoid cancer recurrence. Even though, getting rid of cancer is highly crucial, the lack of awareness about breast implants or breast reconstruction, especially in India, needs to be acknowledged.

Breast Reconstruction boasts the confidence of patients. Immediate reconstruction positively empowers the patient’s mental health and body image.  And she never feels that she has lost her breast. It is highly recommended to spread awareness about the importance of breast reconstruction and its impact on a patient’s overall health.