With pollution and illnesses on the rise, India’s cities have been grappling to stay healthy. Are you aware whether your city features in the list of healthiest cities in India? If not, the India Fit Report 2020 carried out a survey to determine the healthiest cities in India. Its tagline is India’s Ikigai: The Old Know Better but the Young Don’t Care. Read on to know more.

Here is the list of the healthiest cities of India –

This beautiful city was designed by the French architect Le Corbusier. In the India Fit Report 2020, Chandigarh topped the list as the healthiest city. It has the best BMI rates and very few people face lifestyle disease issues compared to other cities. The people here drink a lot of water and have the least number of smokers in the city. Chandigarh had an average of 7474 steps in the ‘India Steps Challenge’ (an initiative to record the number of steps a person walks daily).

Are you a fan of Indian history? Then Jaipur is the place to be. The pink city of India was founded in 1727 by the Rajput ruler Jai Singh II, the ruler of Ajmer. This town ranked second in the India Fit Report 2020. The people here are very concerned about food intake and track food logs the most. They also have a very good BMI ranking. Jaipur’s average sleep time also crossed the 7-hour mark. The city had an average of 7290 steps in the ‘India Steps Challenge’.

The Garden City, also known as the Silicon Valley of India has been voted as India’s fourth healthiest city in India Fit Report 2020. As per data, people of this city are some of the most rested, getting 6 hours 56 minutes of sleep on average every day. The average step count for Bangalore is 7536 steps. 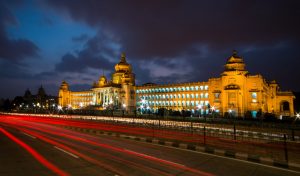 Known as the Queen of the Deccan, Pune has emerged as the most liveable city in India in the India Fit Report 2020. It has also ranked 5th overall and 8th in terms of making an effort to be better. Pune is also one of the relatively cleanest cities in India. The average step count for Pune is 7361 steps.

Known as the Nizam City and the City of Pearls, Hyderabad has ranked 7th in the 2020 India Fit Report. It was found that Hyderabad has the least number of people suffering from blood pressure. The number of people in Hyderabad with allergies, heart issues, and acidity are also small. The average step count is 7302 in the ‘India Steps Challenge’.

Known as the Health Capital of India, Chennai is very advanced when it comes to modern-day medical facilities. People from all over India visit this city for various types of treatment. The ‘India Steps Challenge’ has Chennai at an average step count of 7379 steps. Chennai has the 2nd least incidence of smoking.

Did you ever want to visit the City of Dreams? Then you should know that Mumbai has topped the India Fit Report 2020 as the most active city in India. The average daily step count of Mumbai came to around 7,561 steps as people engage a lot in activities like walking and running.

Overall, India still has a long way to go to keep its cities healthy. What can we do to support this? You can take the following steps –

Think about it, you too can contribute in your own way towards the journey of making your city the best place to live in!