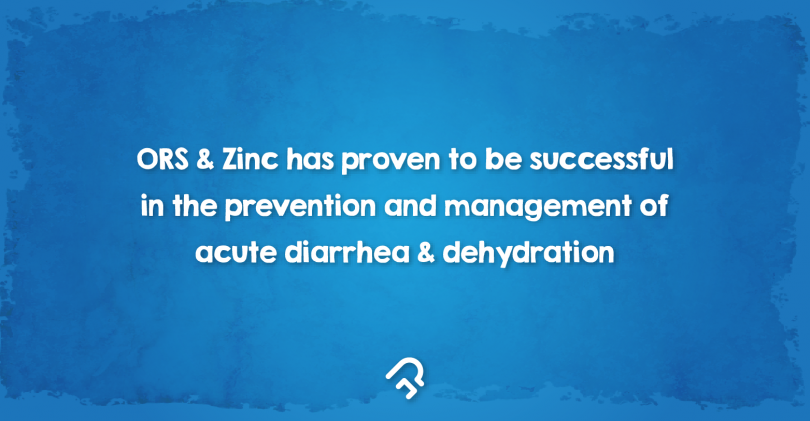 ORS refers to oral rehydration solution — a simple but life-saving beverage of water, salt and sugar formulated in the late 1960s by American and Bengali doctors and researchers working in Dhaka, the capital of Bangladesh. Unlike saline intravenous drips to treat severe dehydration from diarrhea, Oral Rehydration Treatment was cheap, did not require unusual, sterile equipment and could be made at home. The potential of ORS in poor countries was enormous.

The use of oral fluid replacements in the dealing with diarrhea can be documented in perhaps every culture. Diarrhea was known to Hippocrates, and elaborate treatment for diarrhea is provided in the Vedic texts. In rural Mississippi, for example, a mixture of flour and water is recommended, and another folk remedy suggests apple extracts as a binding agent for mild diarrhea prior to a visit to the pediatrician.

First, ORS is extremely cost effective. Compared to traditional IV therapy, ORS costs just a few rupees. This makes ORS much easier to deploy in major humanitarian crises and more patients are able to be treated. Additionally, ORS can be formulated and administered at home as soon as symptoms appear. Instead of going to a hospital for IV treatment, which may already be difficult for patients in developing countries, rehydration can begin right away. Finally, ORS is non-invasive; it doesn’t require needles, which can lead to infection if not administered properly. Plus, it doesn’t require guidance to administer.

The website of World Health Organization states that a new formula for ORS has been devised. It states “The new improved formula is the result of extensive research sponsored by WHO’s Department of Child and Adolescent Health and Development and supported by the United States Agency for International Development (USAID). The study’s findings suggest that using the low-sodium, low-glucose ORS formulation reduces the need for intravenous fluids by 33 percent. The effect of this reduction could result in fewer children requiring hospitalization, fewer secondary infections, a diminished need to handle blood with its potentially dangerous consequences, and lower health care costs.”

The solution can be made at home too. Add 6 level teaspoons of sugar and 1/2 level teaspoon of salt dissolved in 1 litre of clean water. Be very careful to mix the correct amounts for the right Oral Rehydration Treatment  . Too much sugar can make the diarrhea worse. Too much salt can be extremely harmful. Making the mixture a little too diluted (with more than 1 litre of clean water) is not harmful.

Annually July 29 is ORS day. Recognized in 2002 with the award of the Pollen Pediatric Research Prize to Dr’s Dilip Mahalanabis, Norbert Hirschhorn, David R. Nalin, and Nathaniel F. Pierce, the day is set aside to raise awareness about utilization of the oral rehydration treatment . When marking the day, people are encouraged to: