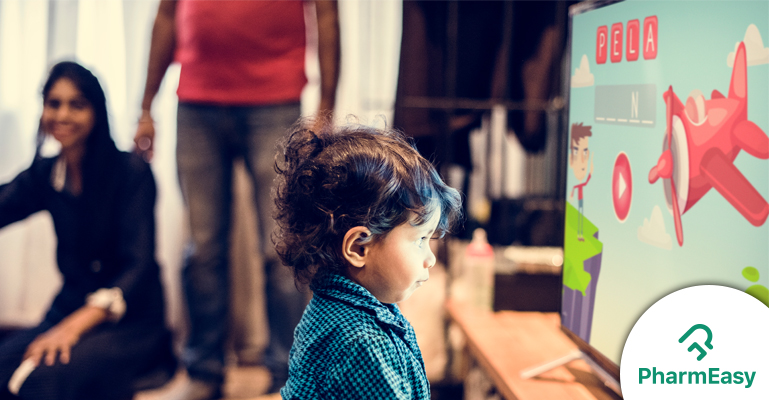 If we had a dime for every time someone told us that sitting too close to the television can result in poor eyesight, we would all be millionaires today. But we are not, and that’s because this is just another popular myth that found its feet in our grandparents’ time and has since been handed down the generations.

If you still beat yourself up about watching the television from up close or chide your children for doing it, it may be time to consign this information to the myths folder, as there is absolutely no scientific evidence to support the claim that being in close vicinity of the television screen can hamper your eyesight or cause severe eye damage.

Origin of This Myth

Many ophthalmologists claim that this myth is nothing but an old wives’ tale. Back in the 1950s, when the television was invented and was still in the nascent stages of its development, there was a lot of talk about rays emitted by these TV sets being harmful to the eyes.

In 1967, General Electric issued a public advisory asking people who had purchased their newly released colour televisions to maintain a safe distance from these sets, as they were found to be emitting excessive X-rays owing to a manufacturing error.

An assessment of these TV sets by US health officials revealed that these defective televisions were emitting 10 to 100,000 times more X-rays than the acceptable limit. Considering these developments, GE told its users that it was safe to use these TVs as long as one didn’t view it from close range or for prolonged durations. Eventually, these TVs were recalled, and the problem was corrected by covering the tubes with leaded glass shields. Even though the defect was corrected, it gave birth to the myth that watching television from too close can be bad for the eyes.

It is No Longer a Concern

While watching television from any distance you desire has always been safe, this concern has become more redundant with the advent of LCD and LED TVs that do not use the conventional cathode ray tubes that were typically (also wrongfully) associated with the emission of harmful rays. At worst, watching television from a short-range or in a peculiar position can give you eye damage like eyestrain and headache, which go away when you walk away from the screen and give your eyes some rest. The risk of permanent damage to eyesight from watching television is impossible.

What You Must Watch Out For

However, if you have young kids in the family who always watch the television from close range, it warrants a visit to an ophthalmologist, as it could be a sign eye damage, i.e. of pre-existing near-sightedness.