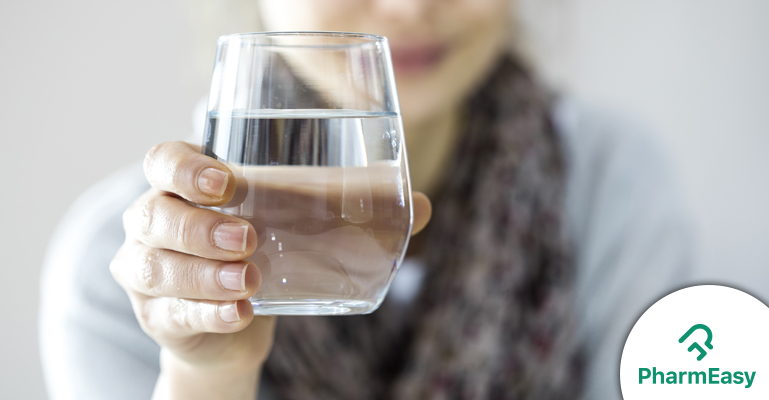 Certainly, keeping your body duly hydrated contributes to your overall health and well-being, as every cell in your body needs fluids for proper functioning. Even slight dehydration can interfere with the body’s ability to function well and manifest itself in form symptoms such as light-headedness, irritability, and headaches.

It is, perhaps, this fear of dehydration that has led self-proclaimed health experts and overzealous fitness trainers to put a number on the daily water requirement of the human body. Be that as it may, it is not possible to generalize the water requirement of the entire human race. The 8-glasses-a-day is but a generalized figure that may or may not meet, or even exceed your body’s requisite water intake.

The Genesis of the Myth

However, the same report also noted that a large part of this water requirement is met by water content in the foods we consume and supplemented by beverages such as tea, coffee, milk, and even soft drinks. Somehow, the 2.5 litres figure stood out and gave way to the eight glasses of water a day theory.

If one looks at the World Health Organization’s recommendation for water intake, it becomes amply clear that the amount of water needed by the body varies according to different physiological and demographic factors such as age, sex, location, climate, activity levels, and more.

For the sake of aggregation, the average total water intake has been pegged at 2.7 litres for women and 3.7 litres for men, ‘total’ is the keyword here.

This means that you do not need to drink 2.7 litres or 3.7 litres of water straight from the faucet – Our food intake meets about 20 per cent of this value. Beverages such as fruit juices, soft drinks, milk, tea, and coffee also contribute toward a portion of the remaining 80 per cent of the body’s water requirement.

In addition to this, the body’s water requirement may vary depending on certain lifestyle factors:

Your body gives you signs that you need to drink water long before dehydration sets in. The most practical rule of thumb is to keep a bottle of water handy and drink whenever you feel thirsty. Therefore, you may or may not drink eight glasses of water every day!