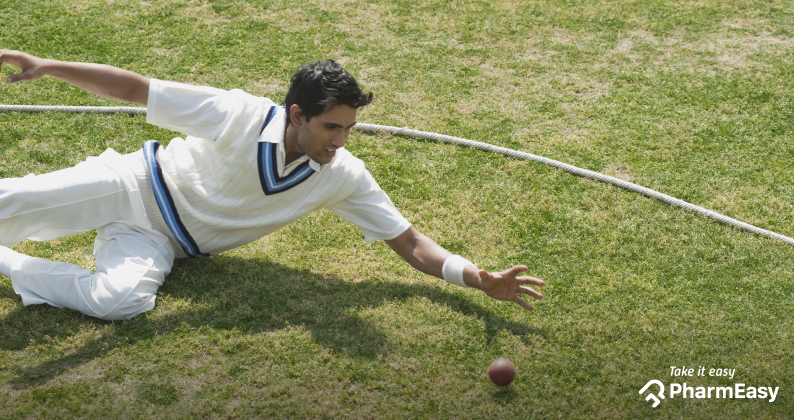 Injuries are inherent in sports. And no one can testify to it better than cricketers who can’t really avoid injuries. Injuries can ruin a cricketer’s career because once a grievous injury has been sustained, it’s an uphill battle for the cricketer to bounce back. But many succeed and go on to have truly glowing careers. Here is a list of cricketers who have suffered serious injuries and what you can learn from them-

During the India-Australia match at the 2019 World Cup, Shikhar Dhawan injured his thumb when a bouncer smacked right into it. He did not take the field during Australia’s run chase and was spotted at the dressing room nursing his thumb with an ice pack. Scans revealed a fracture, which eventually ruled him out of the tournament.

Fractures can trigger immense pain and unless you opt for the right treatment, it will severely limit the mobility of your fingers/toes/arms/legs. Usually, casts are the only course of treatment along with painkillers in the early phase to help deal with the pain. You should take care to not move the fractured bone to facilitate a speedy recovery.

The little master underwent surgery for his tennis elbow in 2005. This condition nearly put an end to his illustrious career but this cricketing genius gritted his teeth and soldiered on.

So what exactly is a tennis elbow? Repeated activity often strains the muscles and tendons of your elbow and this leads to tennis elbow. Usually, it happens to athletes but anyone can get a tennis elbow if the elbow suffers a hard knock or a blow.

Gels and medication can help with the pain in tennis elbow. Physiotherapy can restore full functionality of the arm. In extreme cases, surgery will be recommended during which the affected tendon is removed to reduce both pain and swelling.

The gritty bowler was hit on his face while batting during an India-West Indies match in 2002. He continued undaunted and it was only after the match that it was discovered he had fractured his jaw, following which he was ruled out for the rest of the series.

What should you do if you fracture your jaw? Doctors first reposition the jaw and then you will have to wear a Barton Bandage, which goes around your jaw and head to immobilize the jaw. For the pain, you will be given painkillers.

In the 2015 World Cup, Mohammed Shami sustained an injury to his knee that caused him great discomfort during the tournament. Following the world cup, this injury kept him out of the game for almost nine months as he underwent surgery and rehabilitation.

Knee injuries are common among both athletes and non-athletes. And they can really disrupt your regular routine. Depending on the type and severity of your injury, you will be prescribed a course of treatment. Usually, you will have to apply ice and gels to combat the pain. If the injury is grievous, you might have to undergo surgery.

Ashish Nehra’s cricketing career was short because it was plagued with injuries. His first truly incapacitating injury was the one he sustained on his ankle in the 2003 world cup which required him to undergo a surgery.

Like all bone injuries, allow yourself to rest and relax after attaining an ankle injury. Use icepacks and take a painkiller only if the pain is unbearable. If the swelling does not subside, seek help because your ankle might be fractured.

Cricketers are no strangers to injuries. But they push hard to get back in form and resume where they had left off. The lesson you can learn from them is never to give up no matter how severe your injury is. Also, implement a daily fitness schedule comprising weight training and stretching to stay fit and prevent injuries.