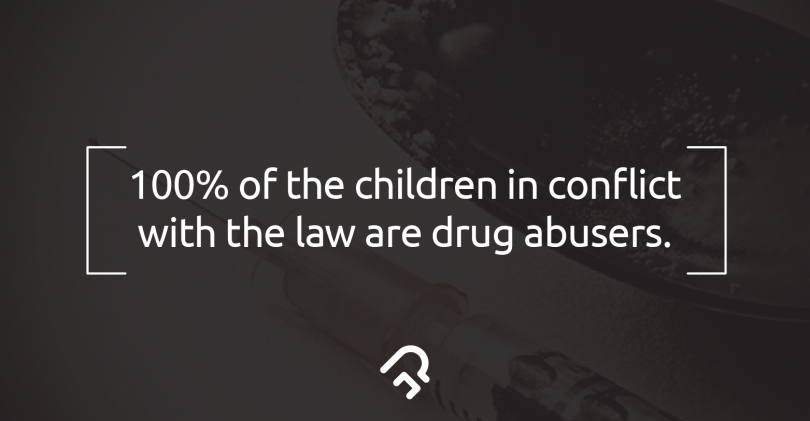 There is a worldwide consensus that misuse of narcotics and psychoactive substances is on the rise, and India is no exception to this. Drug abuse in India is prevalent. Polydrug use is now a well-established pattern of drug misuse. To complement the effects of preferred drugs, users select a substitute from a range of drugs.

Prescription drug abuse is growing in India and the problem is serious in South Asia. According to a UN report drugs enter the cross-border illicit markets through various channels, being diverted from India’s pharmacy industry and smuggled from Afghanistan.

The International Narcotics Control Board (INCB), an independent UN body tasked with monitoring the production and consumption of narcotics worldwide, said in its annual report that governments in South Asia continue to respond strongly to the threat of drug trafficking and abuse in the region.

According to UNODC, India accounts for 10 percent of the total pharmaceuticals produced in the world. In its report, it noted that the law required all drugs with “abuse potential” to be sold only on prescription, but that there was “significant diversion” from this.

Visual journalists Vikram Singh and Enrico Fabian documented the alarming spike in the number of people using prescription drug cocktails which are up to 10 times cheaper, and often easily available at neighbourhood chemists.

Throughout the border state of Punjab, whether in villages or cities, drugs have become a scourge. Opium is prevalent, refined as heroin or other illegal substances. Schoolboys sometimes eat small black balls of opium paste, with tea, before classes. Synthetic drugs are popular among those too poor to afford heroin.

The scale of the problem, if impossible to quantify precisely, is undeniably immense and worrisome. India has one of the world’s youngest populations, a factor that is expected to power future economic growth, yet Punjab is already a reminder of the demographic risks of a glut of young people. An overwhelming majority of addicts are between the ages of 15 and 35, according to one study, with many of them unemployed and frustrated by unmet expectations.

For Punjab government, the problem is hardly unknown. Private drug treatment centers, some run by under qualified officials, have proliferated across the state, and treatment wards in government hospitals have seen a surge in patients. Three years ago, a state health official warned in a court affidavit that Punjab risked losing a whole generation to drugs. Roughly 60 percent of all illicit drugs confiscated in India are seized in Punjab.

What is the Indian Government is doing?

The Indian government has taken a significant step to help alcohol and drug abusers by launching a national toll-free helpline number – 1800-11-0031 and control the drug abuse in India. The helpline was started to set in motion the Indian Prime Minister Narendra Modi’s plan to eradicate the menace of drug abuse in India and assist the existing victims in successful rehabilitation.