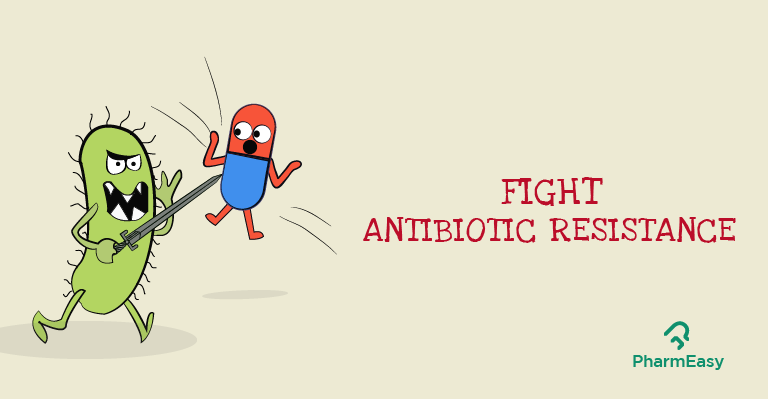 Antibiotic resistance is currently the new epidemic in India. It is one of the major growing concerns of the country because of the increasing number of reckless use of antibiotics and self-medication methods being adopted by patients suffering from mild illnesses. Due to non prescribed and incorrect dosage of medicine intake, the human body gets immune to medication meant to treat mild illnesses. Moreover, India’s poor sanitation, lose health systems for antibiotic resistance, inexpensive antibiotics and three out of five doctors prescribing antibiotics as a quick fix act as contributing factors.

Why should we be worried?

At the present time, as many as five people suffer from kidney failure annually caused by either the infection or heavy doses of antibiotics. Resistance among Indian children has reached alarming levels, with common drugs now failing to act on as many as 95% of pediatric patients. It is estimated that 2 million Indians will die by 2050 due to drug-resistance.

What you need to know about antibiotic resistance?

Antibiotic resistance occurs when bacteria or microbe manage to resist the effects of an antibiotic. The microbes have such mutations in their cell synthesis, that they are tougher to the antibiotic effect.  And what’s more, they pass on this helpful mutation to their coming generations. Mind you, all this is happening inside a patient’s body. So now we have the same microbes which have grown more powerful against the antibiotic and have also grown in numbers. The problem to the society comes when these stronger, resistant microbes find their way into a new patient. This new patient cannot be treated with regular medicines and his infection stays in the body for too long, damaging health.

Currently, almost all types of bacteria are becoming resistant to antibiotic treatment; these resistant bacteria multiply unhindered and lead to infections that are increasingly difficult to treat. Such antibiotic resistance is posing great danger to kids and adults who suffer from common ailments, which otherwise are easily treatable.  So how do we identify the ways to prevent it? By understanding the basics of the problem.

Why does antibiotic resistance occur?

Missing a dose of an antibiotic is the most important cause for antibiotic resistance. When you  miss a dose or a couple of doses, the body is without enough medicine to combat the bacteria. This is the time when the microbes  pull out defences and start mutations or genetic changes that are favourable for it.

The issue is alarming all over the world and not many know about the ways to prevent antibiotic resistance. Tuberculosis mycobacterium is not only drug-resistant but is now multidrug resistant and that is how it is very difficult to eradicate tuberculosis from developing countries like India.

It is understood that antibiotics will lose their ability to fight against bacteria over time, due to bacteria adapting to the evolving antibiotics and nature selects only the strongest to survive.

For more details on antibiotic resistance, read our blog on PM Narendra Modi’s thoughts on the topic here.