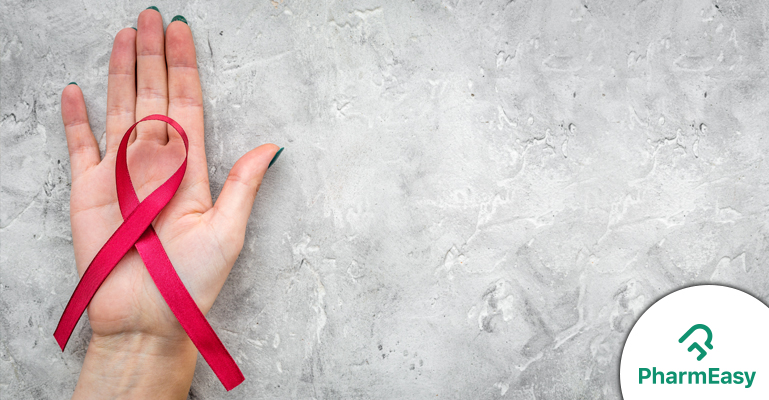 The very mention of Aids or HIV strikes fear in the hearts and minds of people.

According to NACO or National Aids Control Organisation, as of 2017, 2.14 million Indians are living with HIV of which 0.22% patients fall in the age group of 15-49 years. In 2017 itself, there were approximately 69110 Aids-related deaths in the country and about 87850 newly reported HIV Infections.

While the numbers are huge and daunting, recent reports highlight the fact that there is an 80% decline in the reported HIV Infections in the country since its peak in 1995. Also, the number of Aids-related deaths have dropped by 71% since 2015.

This is all possible due to the focus on HIV combination prevention, early detection and access to antiretroviral treatment have been identified as the key to end HIV transmission in coming years. To achieve these objectives, governments, health service providers, international organizations and common people come together on December 1st every year to celebrate World AIDS day and focus on the key facts about HIV and Aids.

It provides an opportunity to increase consciousness, education and a greater understanding of HIV as a global public health issue. As a part of the awareness program here are 10 key facts about HIV and Aids.

HIV has two known strains – HIV-1 and HIV-2. However, within these two strains, there are many other sub-strains. The deadliest of HIV strains is the HIV-1 and when did this strain make the leap to human beings is not yet known to experts. As per research, experts believe that HIV-1 made its appearance sometime before 1931 and it may have occurred as a consequence of the tribal taste for the meat of chimps. Experts also believe that the earliest HIV strains that infected human beings were milder in nature and hence, stopped or beaten by the human immune system.

HIV/AIDS is feared so much more than other diseases due to its ability to bypass the immune system and then destroy it. When the virus enters the system, it is cloaked in carbohydrate sugar molecules that cling to its surface, which fool our bodies into thinking the virus is a nutrient.

AIDS is also known as advanced HIV infection or late-stage HIV. Someone with AIDS may develop other health conditions including pneumonia, thrush, fungal infections, and cytomegalovirus. Aids patients are also at the risk of developing life-threatening diseases like brain illnesses and various types of cancer.

In a few people, the T-cell decline and opportunistic infection that signal AIDS develop soon after infection with HIV. But most people do not develop symptoms for 10 to 12 years, and a few remain symptom-free for a great deal longer. As with the majority of diseases, early medical care can help prolong a person’s life. This is one of the least known key facts about HIV and Aids.

Women are twice more likely to contract HIV through vaginal sex with infected males than vice versa. This biological weakness is worsened by social and cultural factors that often challenge women’s ability to avoid sex with partners who are HIV-infected or to insist on condom use.

HIV mutates quickly. Even among those who do well on HAART (highly active antiretroviral therapy), roughly half of patients experience treatment failure within a year or two, often because the virus develops resistance to existing drugs. As many as 10 to 20% of newly infected victims acquire viral strains that are already resistant to current drugs.

The first case of preventing mother to child transmission happened on March 3, 2013. Researchers announced that a baby born infected with HIV had been “functionally cured.” The child, born in Mississippi, was given high doses of antiretroviral drugs within 30 hours of being born. Fortunately, for the child, even two years later, there was no trace of HIV in the blood.

The only way to diagnose or find out if one has HIV is through a blood test. When the HIV virus enters the body, it takes a while before the virus can be detected. Today there are different HIV tests available which have different window period.

Individuals should speak to healthcare professionals before getting tested for HIV, STIs and Hepatitis C.

HIV/AIDS continues to spread in the rest of the world, particularly in countries where poverty, inequality, and conflict are prevalent. HIV has the fastest growth rate in Eastern Europe, Central Asia, followed by Asian countries, the Caribbean and Latin America.