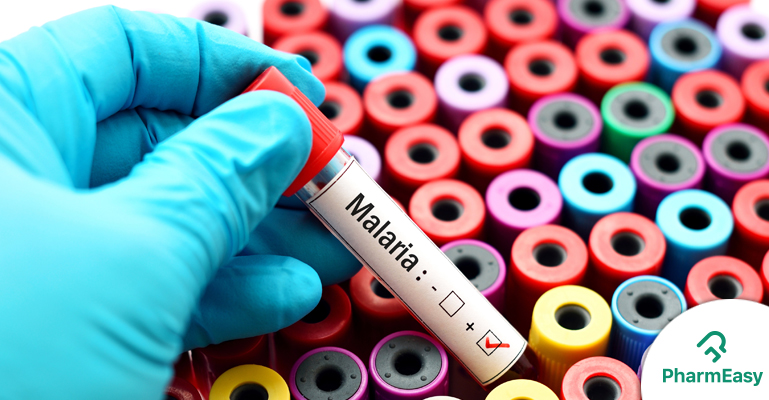 Malaria is one of the most dreaded diseases. Found mostly in tropical and subtropical countries, it occurs when the malaria parasite, Plasmodium, infects the mosquito, Anopheles. When the malaria mosquito bites humans, within a period of seven to 15 days the malaria symptoms occur. The disease does not prove to be fatal if caught on time unless the patient has cerebral malaria which has a high mortality rate. However, there are now different types of malaria, and each may need different malaria treatment approaches.

Malaria symptoms vary depending on the subspecies of the Plasmodium that has infected the Anopheles mosquito. Based on the malaria parasite, there are four different types of malaria. Each of these has a different severity of symptoms and needs to be treated differently- the same antimalaria medicines used in various permutations and combinations with other drugs. Here is the list of different kinds of malaria disease.

This is the most common kind of malaria. It is the most widely distributed kind, found all across the globe. More than half of malaria infections found across India are of this type. More often than not, it does not prove fatal but can be severely debilitating. Common symptoms of this kind of malaria disease include fever and chills, diarrhea, severe fatigue and flu-like symptoms. Malaria medication is the line of treatment that doctors follow.

This is one of the least common types of malaria. It is found mostly in western countries of

Africa, Ghana, Nigeria, and Liberia. The symptoms include high fevers and shaking chills, joint pain, diarrhea, and body ache. This malaria disease has a knack for recurring as the parasite rests in the patient’s liver and can stay dormant for up to four years. The relapse can occur at any time during this period. The red blood cells get attacked, and the infection occurs again. Antimalaria medicines need to be given extensively to avoid recurrence. Among the types of malaria, this one is dangerous if not deadly.

This is the most deadly kind of malaria in the world. This subspecies of the parasite is found in Africa, South East Asia, and South America. The patient feels the malaria symptoms like nausea, fatigue, body aches, enlarged spleen, pain in the abdomen, muscles, and joints, fever, headaches, anaemia and specific neurological symptoms like confusion and seizures. The severity and the reputation of this malaria disease are such that it needs to be checked for, diagnosed and treated in time to prevent fatalities. It is specifically detrimental to the brain and the nervous system. Paralysis and convulsions can also occur because of this malaria. If you are traveling to any of the above areas, take your antimalaria medications to prevent this disease. In most cases, a malaria vaccine is given.

This is the least common kind of malaria. Fever and chills are the usual malaria symptoms. The prevalence of this type is less than one percent in the Indian subcontinent. South America, South East Asia, and Africa are where the malaria parasite causing this kind of malaria is present. The treatment includes malaria medication in combination with other drugs.