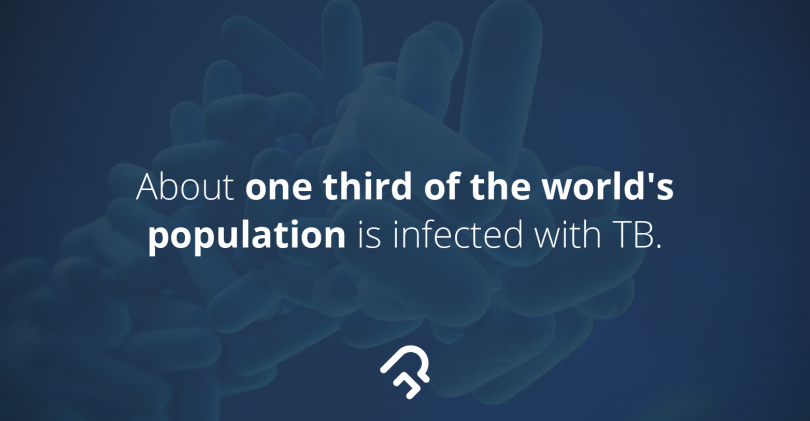 Tuberculosis, or TB is an airborne disease, caused by a bacterium called Mycobacterium tuberculosis.  This bacteria is generally known to attack the lungs, but if unchecked or untreated, it can spread to any part of the body like the kidney, spine or brain, and in extreme cases, can also be fatal.

How does TB spread?
TB spreads from one person to another, when a person infected with TB coughs, sneezes, speaks, or sings and people around him breathe in the bacteria that have been released in the air. Though TB is contagious, it is a little difficult to catch. People are seldom infected by an infected stranger, it is mostly got from a person you spend a considerable of time with.

Tuberculosis does NOT spread through any of these.

The TB bacteria, Mycobacterium tuberculosis can remain dormant in the human body without making the person sick. As a result, not everyone who is infected with TB bacteria, becomes sick.
Therefore, two TB – related conditions are prevalent: Latent TB infection and TB disease.

Latent TB Infection
Under normal health conditions, the human body is capable of fighting the bacteria and stop them from growing. In this condition, the person isn’t sick, doesn’t show any symptoms and isn’t contagious either.
Whenever the immune system weakens, or if the person is infected with aids, the bacteria in the body becomes active and start multiplying. The person then, is no longer under the latent TB infected category.

TB Disease
If the immune system can’t fight the bacteria, they become active and start multiplying in the body. The person becomes sick and shows symptoms of TB.

It is not necessary that an infected person will be sick. Many people are TB infected for years and yet, do not develop TB. While others do so immediately, and some others are affected after years.

Today, new and more dangerous, antibiotic resistant strains of the disease are prevalent and have created a major public health crisis in a number of large cities worldwide. It is advised that you seek medical aid immediately if you have TB in the active or latent state.