One-third of the world’s population is thought to be infected with TB and with such a huge group of people, widespread Tuberculosis myths are only to be expected. Here’s the article to your rescue. 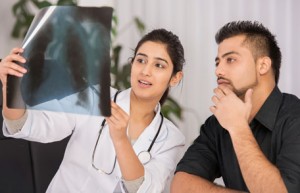 Fact: Tuberculosis can be contracted by anyone, although certain populations such as immigrants, people with reduced immunity, elderly, inmates, homeless, and others are at a greater risk. Individuals in contact with these people are also at risk.

Fact: A person can be infected with the TB bacteria for years without suffering any ill effects. Perhaps 90 percent of all TB infections remain asymptomatic, and any infected person can develop active TB disease with a weakening of their immune system.

Myth 3: “I have been BCG vaccinated so I don’t need to worry about getting infected.”

Fact: The only commonly accepted benefit of BCG vaccination (a weakened live strain of cattle TB) is protection of children from serious forms of TB. Benefit in adults is highly controversial and many TB experts dispute any TB protection at all. It has never been an accepted vaccine in the U.S.

Despite adoption of universal BCG vaccination policies in many countries, a high incidence of TB still exists. Many BCG-vaccinated individuals in these countries incorrectly believe that they are immune to TB infection and disease. BCG commonly causes false-positive tuberculin skin test reactions.

Myth 4: “I cannot take AntiRetroVirals and TB treatment together.”

Fact: Everyone who is infected with HIV and has TB has to take ARVs. If you developed TB before starting your ARV medication, the TB treatment has to be started two weeks ahead of the ARVs. This gives your body the chance to first adjust to the TB drugs.
Patients with undiagnosed TB, who are started on ARVs while they have TB, often develop a condition known as TB-IRIS during which the immune system overreacts to all the medication and the TB becomes worse. It is therefore very important that doctors and nurses screen HIV patients properly for TB.

Myth 5: “Presence of tuberculosis infection in the lung predisposes to the development of lung cancer.” 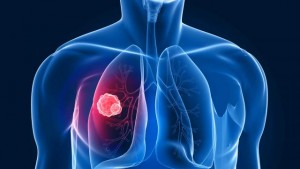 While tuberculosis and other diseases of the lung can cause scarring of the lung tissue and predispose to lung cancer, there are several causes of lung cancer as listed below