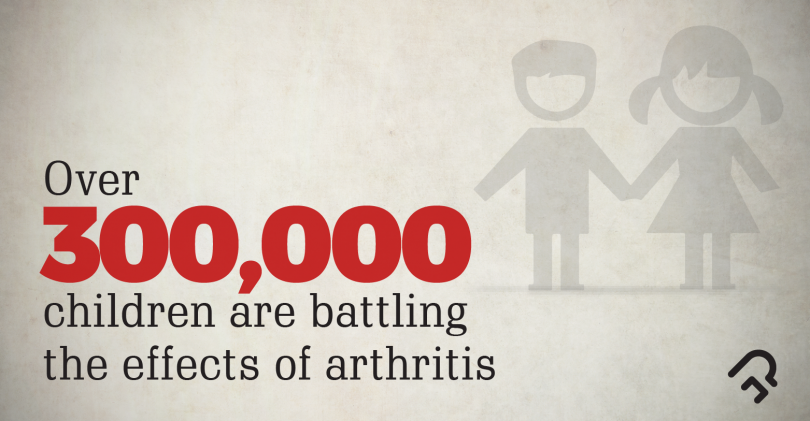 Arthritis is an inflammation (the body’s way of reacting to injury and infection) of the joints. This means the bones have swelling, heat, limitation of motion (inability to fully bend or straighten a joint) and pain which is the common juvenile arthritis symptoms.

Arthritis can be short-term, lasting only for a few weeks or months, then never returning. It may be longstanding (chronic) and last for years, or even a lifetime. The most common form of childhood arthritis is juvenile arthritis. It used to be called juvenile rheumatoid arthritis.

Juvenile idiopathic arthritis usually appears between 6 months and 16 years of age. The first Juvenile Arthritis signs are often joint pain or swelling and reddened or warm joints. Many doctors specializing in joint disorders (rheumatologists) find that the greater the number of joints affected, the more severe the disease and the less likely that the symptoms will go into total remission.

The word “idiopathic” means “the cause is unknown.” But even though scientists and doctors don’t know the precise cause of JIA, they do know that a combination of factors likely causes it is:

Some children with JIA produce too much of specific proteins, including tumor necrosis factor (TNF). When too much of particular proteins, such as TNF, are produced, inflammation can result. This can contribute to symptoms of JIA such as joint pain, swelling, and stiffness.

Stiffness: A child with JA may have stiff joints, particularly in the morning. He may hold his arm or leg in the same position, or limp. A very young child may struggle to perform regular movements or activities he recently learned, like holding a spoon.

Swelling: Swelling or redness of the skin around painful joints is a sign of inflammation. A child may complain that a joint feels hot, or it may even feel warm to the touch. A child’s swelling may persist for several days, or come and go, and may affect her knees, hands, and feet. Unlike swelling that happens right after a fall or injury during play, this symptom is one of the strongest juvenile arthritis signs

Fevers: While children commonly have illnesses caused by ordinary infectious diseases like the flu, a child with JA may have frequent fevers accompanied by malaise or fatigue. These fevers don’t seem to happen along with the symptoms of respiratory or stomach infections. Fevers may come on abruptly, even at the same time of day, and then disappear after a short time.

Rashes: Many forms of juvenile arthritis cause rashes on the skin. Many kids develop rashes and causes can range from poison ivy to eczema or even an allergic reaction to a drug. But faint, pink rashes that develop over knuckles, across the cheeks and bridge of the nose, or on the trunk, arms, and legs, may signal a severe rheumatic disease. These rashes may not be itchy or oozing, and they may persist for days or weeks.

Eye problems: Eye infections like conjunctivitis (pinkeye) are relatively common in children, as they quickly pass bacterial infections to each other during play or at school. But persistent eye redness, pain or blurred vision may be a sign of something more serious. Some forms of juvenile arthritis cause eye-related severe complications such as iritis, or inflammation of the iris and uveitis, inflammation of the eye’s middle layer.

There is no cure for juvenile arthritis signs, but it is possible to address it. Children with juvenile arthritis respond better to early treatment, which can prevent deformity and disability. The medications used are the same as those used to treat adults with rheumatoid arthritis, also an autoimmune disease.

Two groups of drugs are used. Nonsteroidal anti-inflammatory drugs or NSAIDs address the symptoms of pain and swelling. Most of the second group of medications is immunosuppressants – suppressing the immune system limits the way it attacks systems in the body. Methotrexate is the gold standard of treatment. Methotrexate is a chemotherapy drug, but when used to treat juvenile arthritis or RA, it is given in doses much, much smaller than when it is used to treat cancer. The newer biologic drugs, such as Enbrel, Humira, and Simponi, are also used. Knowing about the common Juvenile Arthritis Signs and symptoms can help to a great extent.