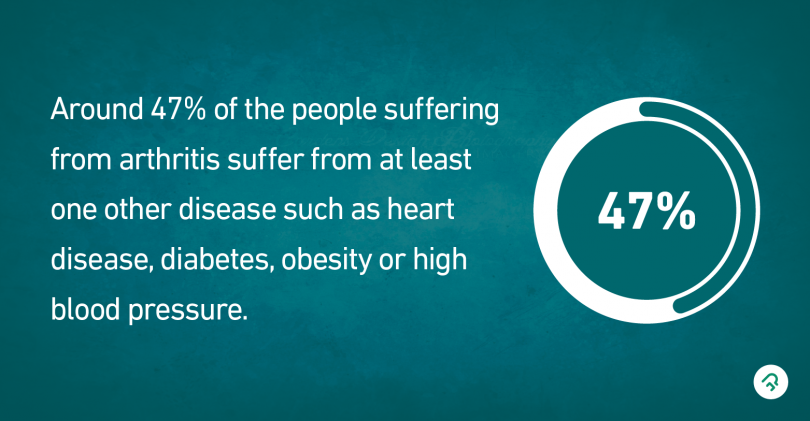 The fact that a person has arthritis tells nothing about the cause or the cure. Joints can be inflamed as a result of an injury, such as from tripping and spraining an ankle. That’s called traumatic arthritis. Joints can be infected with bacteria resulting in suppurative arthritis. Uric acid crystals can accumulate in the joints causing gouty arthritis. The causes of all three of these forms of arthritis are known and once the causes are stopped the joints heal with the help of special Food for Arthritis. Unfortunately, most forms of arthritis are said by doctors to have “no known cause.”

Arthritis is not a genetic disease, nor is it an inevitable part of growing older–there are causes for these joint afflictions, and they lie in our environment–our closest contact with our environment is our food.

Foods to Eat For Arthritis

Dietary fats can influence inflammation, a major factor in rheumatoid arthritis. This is the type of arthritis that occurs as a result of the body’s immune system mistakenly launching an attack on the joints.

High dose fish oil capsules, which are rich in omega-3 fatty acids, have anti-inflammatory action. The clinical trials show modest benefit with this Food for Arthritis in patients with rheumatoid arthritis.

Brightly colored fruits and vegetables — such as oranges, bell peppers, pumpkins, tangerines, and papayas — contain carotenoids called beta-cryptoxanthin and zeaxanthin are some of the best food for arthritis. Some studies suggest that diets rich in carotenoids decrease inflammation.

A small Swedish study of rheumatoid arthritis sufferers who ate a Mediterranean diet (including lots of vegetables and fruits) for three months found that it reduced inflammation and enhanced joint function. Aim for seven to nine servings of fruits and vegetables per day.

Read More: Top Anti-Inflammatory Food To Include in Your Diet

Because it has not had its bran and germ stripped away during processing, brown rice is nutrient-rich. Use it as a replacement in any recipe that calls for white rice, but you’ll need to use more water and adjust cooking times.

Arthritis doesn’t mean you have to live like a saint. Modest amounts of salt, maple syrup, and vanilla extract are usually well-tolerated in the food for arthritis.

Foods to Avoid For Arthritis

These foods are a major driver of inflammation and arthritis. Allergy or intolerance to wheat and gluten is extremely common and joint pain is one of the most common manifestations of the immune response to these foods.

Milk and all foods that contain it are just as bad as gluten for many people with arthritis. The protein in milk is called casein, and it irritates the gut lining and promotes leaky gut syndrome.

Lactose is not the culprit; therefore drinking lactose-free milk is not the solution. Some people can tolerate milk made by goats or sheep. Through a process of trial and error, you can see if you are one of them.

Although it’s called vegetable oil, the unhealthy oils to avoid generally come from seeds. The delicate fatty acids in these oils are damaged during the process of extraction and refinement. They are further damaged if you heat them during cooking.

You have a lot of control over whether or not you will develop arthritis, and how severe arthritis may be. The food you choose to eat or decide to avoid can make all the difference.

Read More: 6 Early Signs of Arthritis to Watch Out For