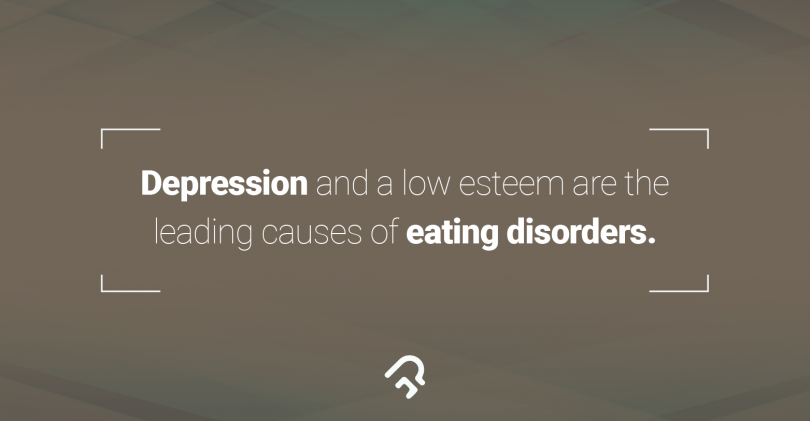 What is an Eating Disorders?

Eating disorder is defined as any of a range of psychological disorders characterized by abnormal or disturbed eating habits (such as anorexia nervosa).

The different kinds of eating disorders include:

There are no precise causes of eating disorders but depression, anxiety, low self-esteem, and substance abuse may lead to it. This disorder is common amongst teenage girls and young women and less common in men.  This form of psychological disorder is getting more common with time in the developing countries.  This can be attributed to the advent of technology and internet and their standard of ‘beauty’.

Anorexia: This is the most common form of eating disorder that exists predominantly in young women and teenage girls who are vulnerable and extremely self-conscious. Women suffering from anorexia are extremely scared of gaining weight and suffer from extremely low self-esteem. They become obsessed with their weight and outer appearance. This unnatural and harmful psyche leads to Anorexia Nervosa.

If left un-treated, Anorexia can lead to organ failure and undernourishment.

Bulimia: People suffering from Bulimia Nervosa experience phases of binge eating. They often eat copious amounts of food, mostly junk food and then purge. They either vomit or misuse laxatives to throw out every ounce of food that their body consumed. This again is a result of a distorted self-image. They consider themselves fat and are scared of putting on any weight.

The long term effects of Bulimia can include abnormal heart beat, bleeding from esophagus due to excessive reflux of stomach acid, kidney failure, and dental problems too.

Binge Eating: People who suffer from Binge eating disorder often experience phases of binge eating like people suffering from Bulimia. But binge eaters do not exercise or purge after eating and therefore are usually obese. They are extremely sensitive about their self-image and this leads to added stress that makes them eat more. Binge eating therefore becomes a vicious cycle of eating, feeling guilty and eating again to feel better. Breaking out of this cycle can be quite challenging. Depression and binge eating often go hand in hand.

The long term health effects of binge eating are heart diseases, joint pains due to excessive weight, poor blood circulation and other health problems that come knocking with obesity like  poor liver functioning and kidney problems too.

Signs and symptoms of eating disorders:

More often than not people suffering from it are ashamed to admit it and live in denial and often go un-treated. Eating disorders cannot be cured overnight and there are no prescribed medicines that help with such psychological disorders, however, having said that help is available for those seek! People suffering from such disorders should seek help from counselors, medical practitioners, dieticians, and psychiatrists.  Therapy, love and support from family & friends, and developing a positive attitude will help deal with eating disorders.