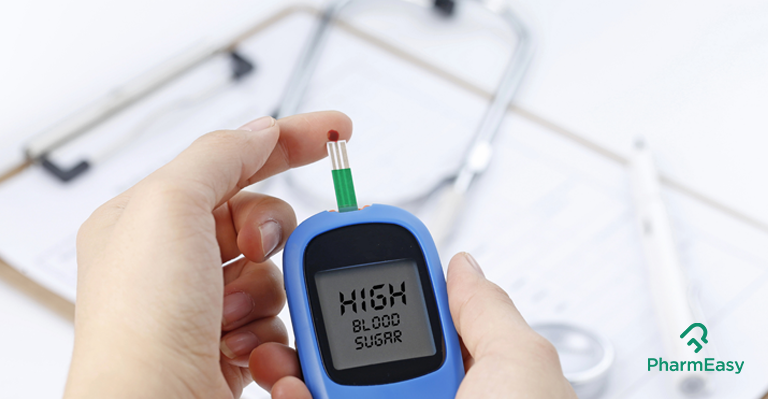 Nearly each of us knows someone who has diabetes. Being diagnosed with diabetes for the first time can be a tricky affair and there is usually a battery of tests conducted to confirm it. Along with the routine fasting and post-lunch blood sugar levels, your doctor might order a C- peptide blood test as well.

C-peptide is a protein consisting of 31 amino acids. It is produced by the same cells of your pancreas that secrete insulin and hence is found in equal amounts as that of insulin. Insulin is a hormone that helps in regulating blood sugar levels. Insulin permits the entry of glucose into the body cells where it is used for energy. C-peptide does not affect the blood sugar levels in the body. Most of the C-peptide is excreted by the kidney and it remains in the body 3-4 times longer than insulin.

How does C-peptide test help in diagnosing diabetes?

Occasionally, there is a condition when a person has very low blood sugar (hypoglycemia) and high insulin levels in the blood, but the exact cause of this is to be analyzed.  There are two possibilities. Either the person has injected too much insulin or his pancreas is secreting too much insulin (possibly due to insulinoma: a non-cancerous tumor of pancreas).  This test can also be used as a tool to resolve this problem. As synthetic insulin is man-made, the amount of C-peptide for it in blood will not be the same. Hence in case 1, there will be a low C-peptide level. But in case 2, i.e. if there is an increased release of insulin from the pancreas, the person will have a high level of both C-peptide and insulin in their blood sample.

Furthermore, if you are suffering from any liver disease, a severe infection, or Addison’s disease, the levels of both your C-peptide and blood glucose will be low.

Thus, the C-peptide level is a very useful tool in the treatment and management of diabetes, despite the fact that it has no effect on blood glucose levels.