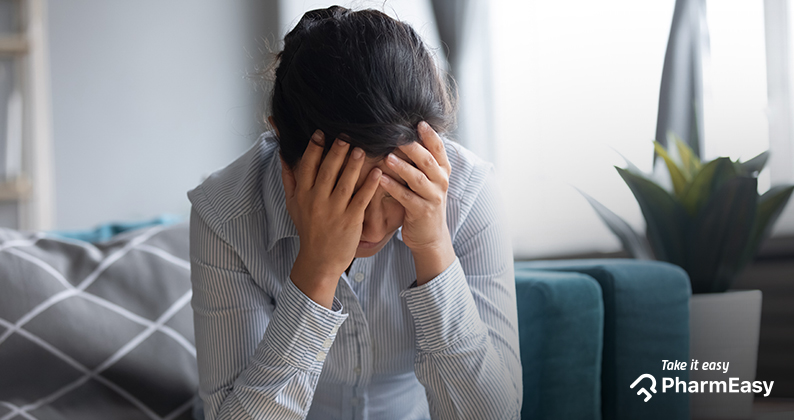 Is Depression During Pregnancy Common?

People will tell you that pregnancy is a time of joy and hope. But not many people talk about the stress- both physical and emotional- that the pregnant woman has to endure. Her body is changing rapidly, and there is a whirlwind of hormones within her that affects her brain chemistry. On top of that, she has to worry about the future and how her life will change with the arrival of the baby. These are the reasons 7 percent of a pregnant worldwide report to experiencing depression and sadness during their pregnancy. But healthcare experts believe that the percentage could be far higher in middle-income to low-income families where women do not usually come forward with psychological afflictions, and hence these cases of pregnancy go unreported.  Besides, the social and psychological support system for pregnant women in these countries is less sturdy than the economically advanced nations.

Stats also state that 6% of women are likely to suffer depression at some point in their lives. The percentage rises to 10 for pregnant women, which means 1 out of 10 pregnant women will be depressed.

Symptoms of Depression During Pregnancy

Depression symptoms that a woman may endure during the nine months of her pregnancy are the same as depression in general.

She may experience some or all of the following symptoms-

The intensity of the symptoms can vary from one woman to the other.

But many pregnant women do not even realize that they are experiencing depression. They believe that what they are going through are the usual effects that pregnancy has on women. While a few bouts of uncertainty, apprehension, and sadness are quite natural, persistent symptoms like the ones we mentioned are not natural. Unfortunately, there is very little awareness or acceptance of pregnancy depression, and it does a lot of harm to the mother and the child too once it is born. So, we have to knowledge that depression during pregnancy exists so that women can receive the help that they need.

How Dangerous Is Depression During Pregnancy?

Pregnancy depression can take a toll on the mother’s health. Irregular sleep can cause stress out the heart. Unhealthy eating could affect her metabolism, and both she and the baby will not get the right amount of nutrition.

Depression during pregnancy may also lower the would-be mother’s immunity and make her and the baby vulnerable to illnesses.

Depression could also lead to-

Does Depression During Pregnancy Last?

Yes, unless efforts are made to curb depression during pregnancy, it may turn into postpartum depression that can last for months. Not only will that be dangerous for the mother’s health, but she may not be able to bond with her baby, which in turn may disrupt the child’s emotional and cognitive development.

Therapy for Depression During Pregnancy

If a pregnant woman is encountering depression, she should seek therapy. Sometimes therapy alone can help her, and she will not need antidepressants. Sessions with a therapist will aid her in understanding the source of her fears, misgivings, and uncertainty and come up with constructive ways of dealing with them. The simple act of speaking her mind and having someone listen with no judgment uplifts her mood and makes her feel more optimistic about the future.

Psychotherapy also focuses on family bonding through couple therapy or family therapy. Because pregnancy is an emotionally stressful time for any woman, members of her family are urged to be more sensitive to what she is going through. Support from a loved one is often all it takes to get over the crisis.

Ways a Pregnant Woman Can Deal With Depression

A few changes in lifestyle can drastically reduce a pregnant woman’s chances of becoming depressed. And in tandem with therapy can do wonders for one who is already depressed.

Exercising is a must during pregnancy to ward off many of the discomforts of pregnancy like backache, swollen joints, etc. But exercise can do more than that. It releases endorphins or happiness hormones that can instantly boost her mood. Also, read the benefits of regular exercise.

Healthy foods like whole grains, vegetables, fruits, and fatty fishes have been proved by science to activate those centers of your brain that regulate feelings of happiness and contentment.

Depression during pregnancy is a reality, and the sooner society accepts it, the earlier a woman can get help.