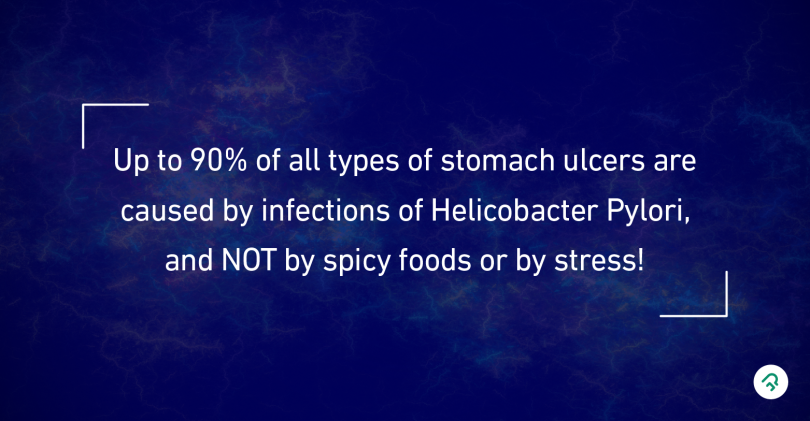 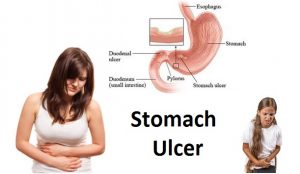 The most common Ulcers facts revolve around the common kind of ulcer which is stomach ulcers, also referred to as Peptic ulcer. They are painful sores that can be found on the stomach lining or the small intestine. Stomach ulcers are easily cured but they can become severe without proper treatment.

According to various Ulcers facts, for years it was thought that stress was a major factor in the formation of ulcers. While severe stress experienced form medical illness may increase the risk of ulcer formation, more common medication such as NSAIDs (Non — steroidal anti-inflammatory medications), the bacteria H. pylori, and smoking are the major risk factors.

Symptoms usually manifest as pain or burning in your mid to upper abdomen just below the centre of your chest. Common symptoms of gastric ulcers include weight loss, poor appetite, bloating, burping, vomiting, and sometimes vomiting blood.

If the stomach ulcer is diagnosed to as having been caused by the bacterium, antibiotics like H2 Blockers, Proton Pump Inhibitors, Over-the-counter Antacids, Cytoprotective Agents will be prescribed. Smoking, alcohol and any medication or food that can trigger symptoms need to be avoided. Certain side effects like nausea, dizziness, headaches and diarrhoea become apparent. These side effects are only temporary.

Another important Ulcers facts is that surgical treatment will be prescribed in the cases of the ulcer continuing to return, bleed or not healing. Seek treatment if you believe you could be suffering from ulcers and don’t attempt treatment through self-medication.