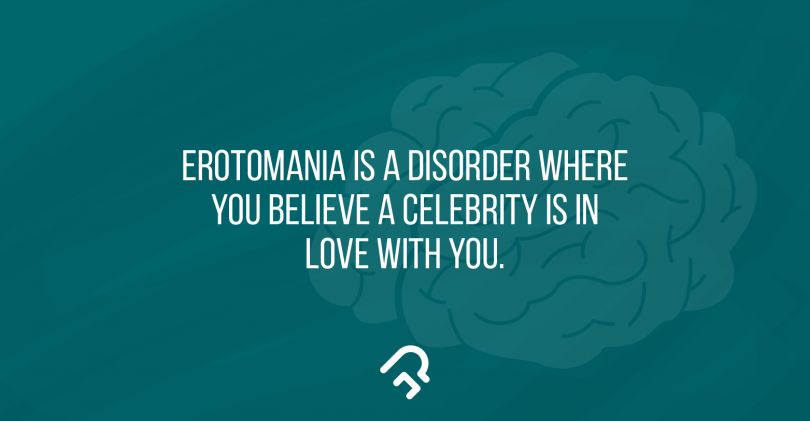 Mental disorders affect millions of people in the world and can lead to years of psychotherapy. In some cases, the psychological problem suffered is extremely rare or bizarre. This is a list of the five most bizarre psychological disorders .

Also known as Amputee Identity Disorder, this illness causes a person to wish to have a healthy part of their body amputated. In some cases, the sufferer has gone so far as to amputate their own limbs. Some sufferers also have sexual fetishes involving amputees. Some surgeons have actually amputated a limb for a person suffering this disorder, but it is a highly controversial move and most doctors use similar treatments to those used for phantom limb disorders. It is hence on the most bizarre psychological disorders .

Erotomania refers to people who are deluded into thinking that someone else is in love with them. But what makes this disorder especially bizarre is that the person who is supposedly in love with the sufferer is usually someone of much higher status than themselves—and often a celebrity.

This delusion can be difficult to break; even if the supposed lover directly denies any feelings of love, it is often not enough to convince the deluded individual. Unfortunately, there isn’t much known about this particular disorder, especially in regard to its treatment.;

Folie à deux (from the French for “a madness shared by two”) is a rare psychiatric syndrome in which a symptom of psychosis is transmitted from one person to another. The same syndrome shared by more than two people may be called folie à trois, folie à quatre, folie en famille (family madness) or even folie à plusieurs (“madness of many”).

This disorder usually happens with people living in close proximity to one another – such as husbands and wives.

Derealization is an alteration in the perception or experience of the external world so that it seems strange or unreal. Other symptoms include feeling as though one’s environment is lacking in spontaneity, emotional coloring and depth. Individuals who suffer from derealization may complain that what they see lacks vividness and emotional coloring. Emotional response to visual recognition of loved ones may be significantly reduced. Feelings of déjà vu are common. Familiar places may look alien, bizarre, and surreal. The world as perceived by the individual may feel like it is going through a dolly zoom effect. Such perceptual abnormalities may also extend to the senses of hearing, taste, and smell.

Mythomania is a condition involving compulsive lying by a person with no obvious motivation. The affected person might believe their lies to be truth, and may have to create elaborate myths to reconcile them with other facts. A “pathological liar” is someone who often embellishes his or her stories in a way that he or she believes will impress people. It may be that a pathological liar is different from a normal liar in that a pathological liar believes the lie he or she is telling to be true at least in public and is “playing” the role

As with any other mental disorder, it is important to seek counseling if you suspect you or someone you know is suffering. Taboos and stigmas are obstacles one must ignore to achieve mental well-being and treating some of the most bizarre psychological disorders .