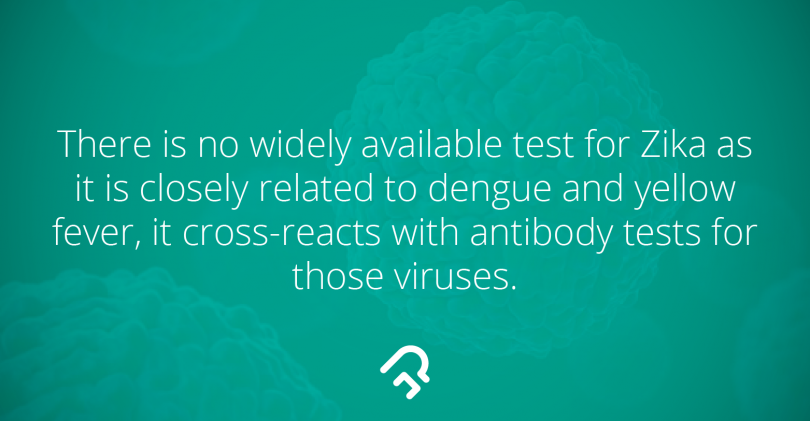 Zika sounds like the name of an adorable baby girl, whose parents wanted to make sure their child had a unique name. Unfortunately, Zika is the name of a virus that can adversely affect the baby girl (and her parents too). Here is a breakdown of the information on the Zika Virus.

The Zika virus is a mosquito-transmitted infection related to dengue, yellow fever and West Nile virus. Although it was discovered in the Zika forest in Uganda in 1947 and is common in Africa and Asia, it did not begin spreading widely in the Western Hemisphere until May, when an outbreak occurred in Brazil.

Only female mosquitoes bite people: they need blood to lay eggs. They pick up the virus in the blood. It travels from their gut through their circulatory system to their salivary glands and is injected into its next human victim. Mosquito saliva contains proteins that keep blood from clotting. When a mosquito bites, it first injects saliva so its prey’s blood does not clog its strawlike proboscis.

The incubation period (the time from exposure to symptoms) of Zika virus disease is not clear, but is likely to be a few days. The symptoms are similar to other arbovirus infections such as dengue, and include:

These symptoms are usually mild and last for 2-7 days.

There is no widely available test for Zika. Because it is closely related to dengue and yellow fever, it may cross-react with antibody tests for those viruses. To detect the virus, a blood or tissue sample from the first week in the infection must be sent to an advanced laboratory so the virus can be detected through sophisticated molecular testing.

There is no vaccine against the Zika virus. Efforts to make one have just begun, and creating and testing a vaccine normally takes years and costs hundreds of millions of dollars.
Because it is impossible to completely prevent mosquito bites, the C.D.C. (Centers for Disease Control and Prevention) has advised pregnant women to avoid going to regions where the virus is being transmitted, and has advised women thinking of becoming pregnant to consult doctors before going.
Travelers to affected countries are advised to avoid or minimize mosquito bites by staying in screened or air-conditioned rooms or sleeping under mosquito nets; wearing insect repellent at all times; and wearing long pants, long sleeves, shoes and hats.

Though caution is advised, Indians need not panic. Zika is not life-threatening like dengue and chikungunya, and it is a self-remitting disease, so there is nothing to get anxious about.

Since the virus is not indigenous to India, being careful of the vector and taking the same precautions as you would against dengue should help keep the disease at bay.

The most important point is to avoid travelling to affected areas such as Latin American countries like Brazil, and the Caribbean, especially pregnant women and women who are planning a child.