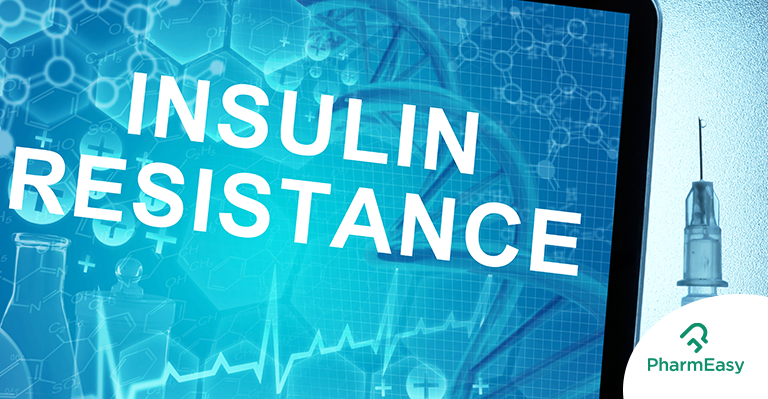 You might have heard diabetes is referred to as insulin-dependent or insulin resistant. However, the symptoms and suffering of the patients suffering from both variants remain the same. What is it that sets these two apart then? How can one differentiate one from the other?

Insulin is a hormone secreted by the pancreas for glucose absorption and metabolism. Insulin resistance is a condition where people are not able to use circulating insulin effectively as the cells of the body become resistant to insulin. This leads to difficulty in absorbing glucose and the accumulation of sugar in the blood. However, many people who have insulin resistance have high blood sugar levels but not high enough to be labeled as diabetes. This condition is known as the prediabetes stage.

It is not known exactly why one develops it; however, being overweight or obese are high-risk factors for developing this condition. Other factors that may also cause insulin resistance are genetic and lifestyle factors.

The earliest signs and symptoms of insulin are weight gain, particularly around the waistline, which is termed central obesity. A person typically has a fat waistline, a big belly, fat and thick neck, a double chin, and a fatty hump at the back of the neck but relatively thin arms and legs.

Another symptom which people with insulin resistance have is ‘acanthosis nigricans’. This condition causes dark, thick skin patches in the skin folds like groin area, armpits, and neck. This condition has no cure. Treating the underlying cause, might lighten the color and cause the natural skin color to reappear, but chances are rare

Other Insurance Resistance Symptoms Include:

The exact cause for insulin resistance is not clearly known; however primary cause has been linked to obesity and being overweight. Excess of fat accumulation around the belly causes the fat cells to be deprived of oxygen which ultimately kills them. An inflammatory reaction is set which starts the insulin resistance in the body.