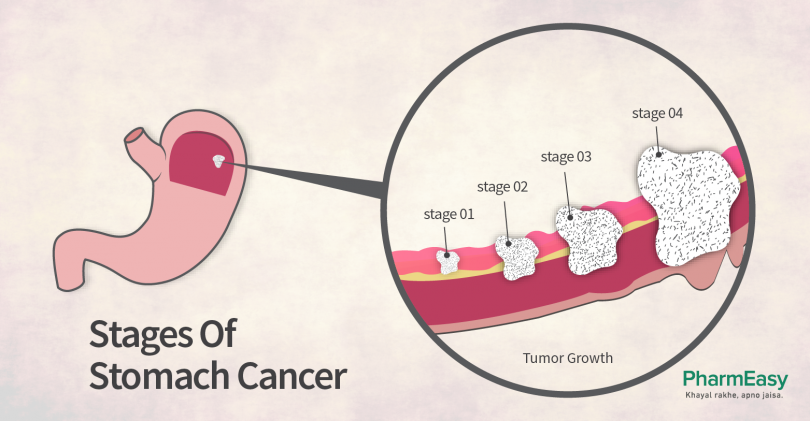 Understanding the critical need for awareness of stomach cancer, No Stomach For Cancer (NSFC) was determined to have a month designated for awareness of this disease. 2010 was the first year to celebrate NSFC in November. By 2012, people throughout the world were looking for an event to join in their area. In response, the organization behind the campaign held the 1st annual No Stomach For Cancer Walk, a global walk to raise awareness about Stomach cancer symptoms and more.

The stomach is part of the digestive system.  Cells in the stomach sometimes change and no longer grow or behave normally. These changes may lead to non-cancerous, or benign, tumours such as gastric polyps, small gastrointestinal stromal tumours (GISTs) or lipomas. In some cases, changes to stomach cells can cause cancer. Most often, cancer starts in gland cells in the inner layer of the stomach wall, which is called the gastric mucosa. This type of cancer is called adenocarcinoma of the stomach. It makes up about 95% of all stomach cancers.

When stomach or gastric cancer occurs, it’s often not caught until it’s dangerously advanced. Unlike breast cancer or colon cancer, there’s no routine screening for Stomach cancer symptoms. People can overlook or dismiss subtle Stomach cancer symptoms and delay seeing a doctor due to some common misconception about the disease.

Symptoms of stomach cancer manifest as stomach pain, nausea, the inability to eat typical amounts of food, persistent vomiting, severe and continual heartburn, uncontrollable weight loss and extreme indigestion. If any of these symptoms occur without relief for a prolonged period of time, medical intervention is essential.

People who eat a lot of foods that are pickled, salted or smoked seem to be at a higher risk for contracting these Stomach cancer symptoms. Apparently, the disease was more common before the use of refrigerators became widespread.

Surgery is the only effective curative method in the management of stomach cancer. Even in certain patients with advanced stomach cancer, surgery is performed to decrease complications of the cancer such as blockage of the stomach or bleeding from the cancer.

Radiotherapy is useful for relieving stomach obstruction in patients with highly developed stomach cancer. Radiotherapy may also be used to stop bleeding from cancers that cannot be operated on. It is given over 5 minutes every day for 2 to 5 weeks. There may be temporary loss of appetite, nausea, and pain in the radiated site.

Chemotherapy is sometimes used to reduce symptoms from an advanced cancer or to prolong the time to the growth of the cancer. Many chemotherapy drugs are accessible, most of them with side effects such as temporary nausea, vomiting, hair loss, and lowering of the white blood counts. Alternatively, clinical trials with novel drugs are usually available as an option for patients.

To know more about cancer, read more: Are you cancer aware?