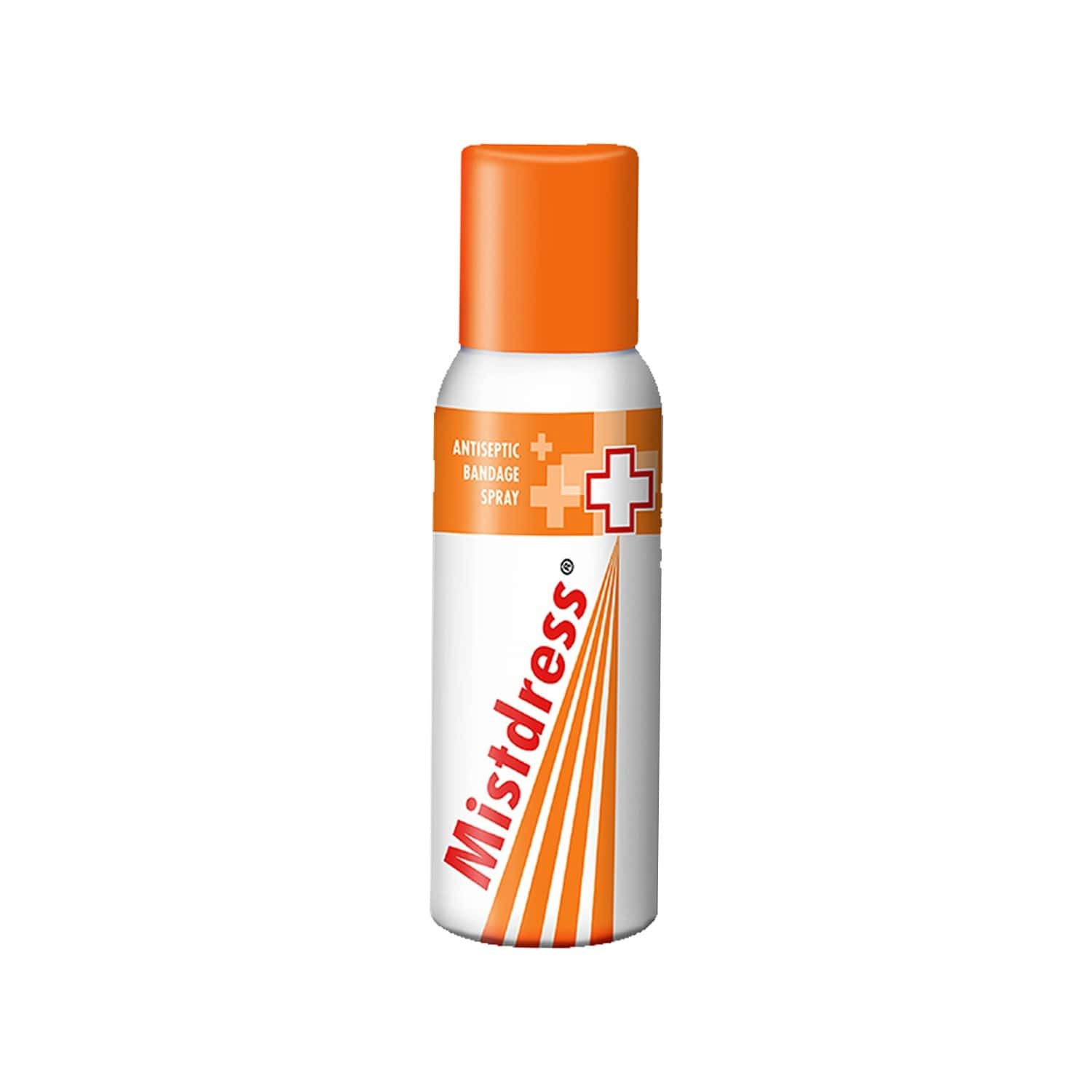 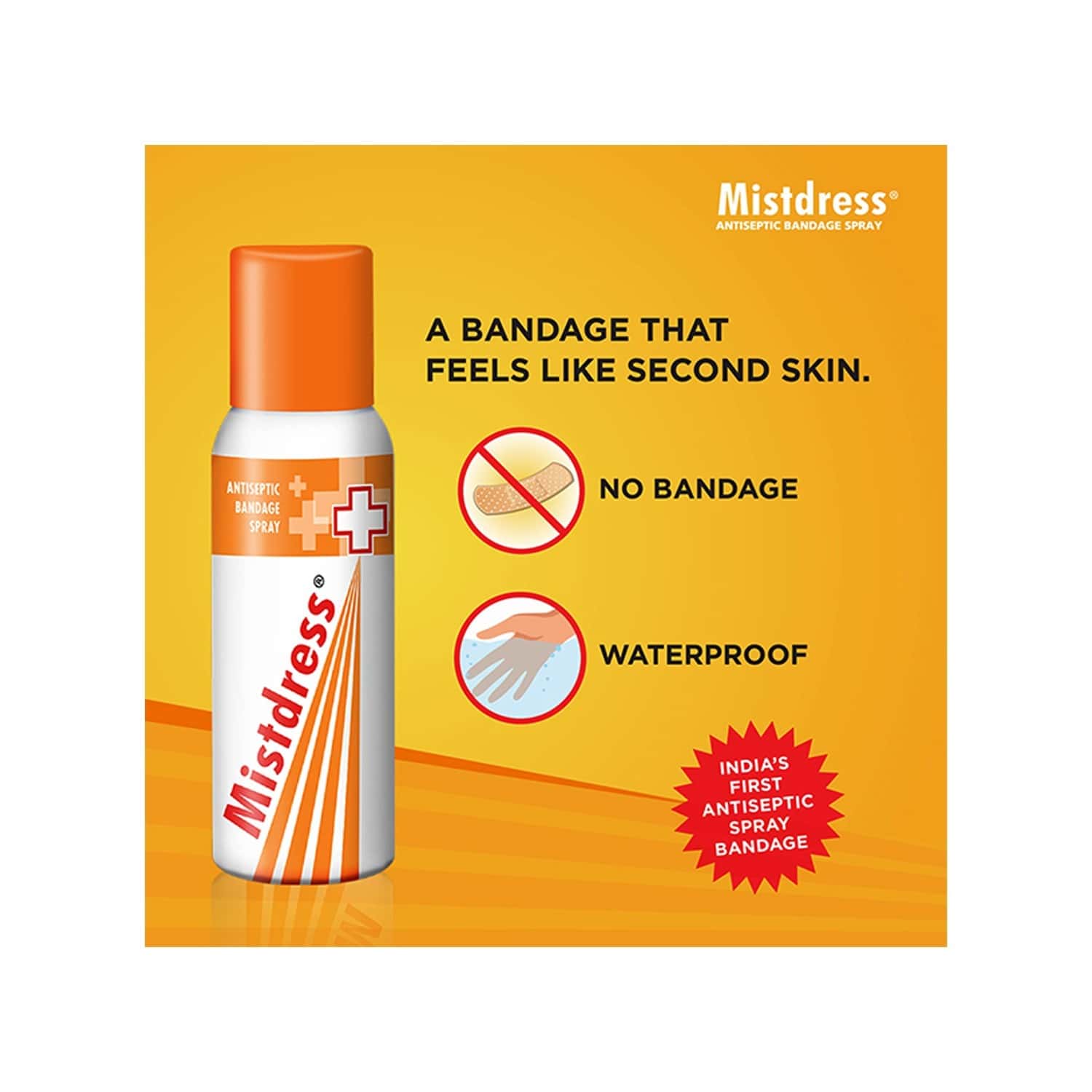 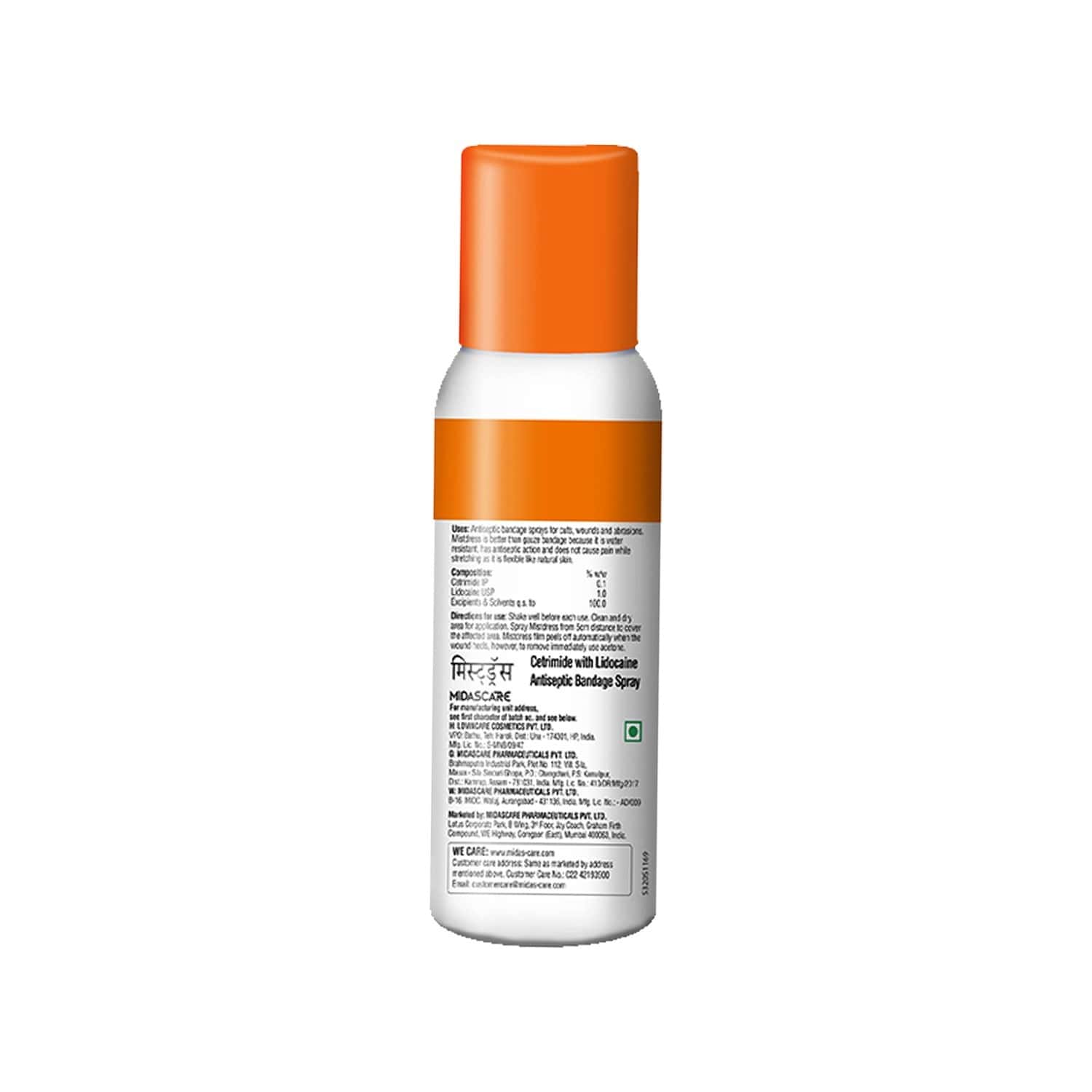 In 1986 MidasCare launched India's first spray-on bandage. This unique and one-of-a-kind product is a bandage with antiseptic healing properties without the burning sensation. It relieves pain and controls blood loss, provides protection, heals minor cuts, wounds and abrasions. Mistdress forms a transparent film over the wound, thus allowing the wound to breathe. It is water-proof, bacteria-proof and doesn't restrict blood supply. It heals the wound and fights infection too. It comes in a 75gm easy-to-use spray bottle. Spray Mistdress on the affected area and let the wound heal, without having to worry about bacteria or infection.

Mistdress is better than gauze bandages as it is water-resistant, has antiseptic action and does not cause pain when stretching and is flexible like natural skin.

Q1. What is an antiseptic spray used for?

Q2. What is liquid bandage spray?

Ans: A liquid bandage replaces a normal bandage with a layer of clear liquid applied directly to the wound. Multiple brands are using different chemicals and they come in spray-on or paint-on forms. Mistdress was launched in India as the first waterproof, liquid spray-on bandage, which was a breakthrough in the medical world.

Q3. What is the use of spray bandages?

Ans: A spray bandage is a special liquid version that is sprayed via a pump, much like a hairspray container. Spray bandages have various uses, but they are most often used to cover and protect small cuts and minor scrapes and not major wounds. It is often found in first aid supplies like many other cohesive bandages.

Q4. What is the price of Mistdress Bandage Spray?

Features and Details
Brand
MISTDRESS
Manufacturer Name
Check Details
Country of Origin
India
Disclaimer
If the seal of the product is broken it will be non-returnable.
Ratings and Reviews
4.8
/5
13 Ratings
5 stars
85%
4 stars
8%
3 stars
8%
2 stars
0%
1 stars
0%
Recent Reviews
PharmEasy User
"Very useful product. Easy first-aid for children"
11 months ago
PharmEasy User
"It seals the wound. The nozzle of the unit does not solidify. Using for years"
5 months ago
PharmEasy User
"Timely delivery but price double than market thanks"
1 months ago
View All Reviews

Flat 20% off + 20% cashback on your 1st medicine order
1 Lakh+ Products
We maintain strict quality controls on all our partner retailers, so that you always get standard quality products.
Secure Payment
100% secure and trusted payment protection
Easy Return
We have a new and dynamic return window policy for medicines and healthcare items. Refer FAQs section for more details.
Download the App for Free