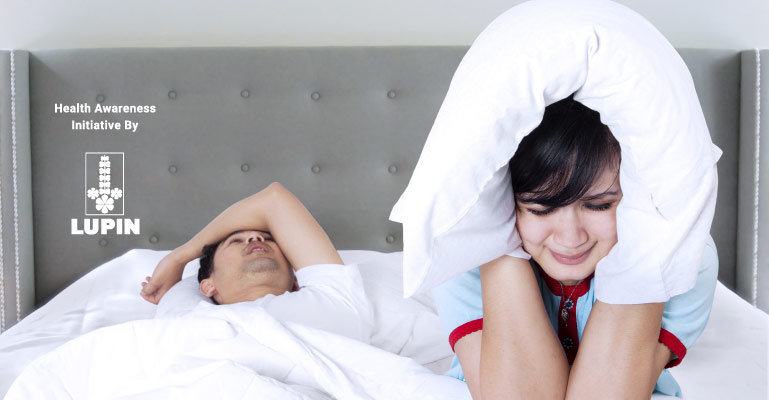 What is Sleep Apnea?

Sleep Apnea affects roughly about 3-7% of the population in India. This sleep disorder causes a person to stop breathing for 10 seconds or longer during periods of sleep, this pause in breathing is known as apnea. Because the brain is deprived of oxygen, it briefly awakens to produce better breathing. This sleep-wake cycle throughout the night produces sleep that is interrupted and of poor quality leaving the person exhausted, irritable, anxious, depressed and forgetfulness.

Sleep Apnea can cause the person to underperform at school or work and expose the person to increased health dangers such as accidents, stroke, high blood pressure, heart failure, and diabetes.

In Obstructive Sleep apnea, there is a blockage of the airway, usually when the soft tissue in the back of the throat collapses during sleep.

Occurs due to instability in the respiratory control center, because of which the brain fails to signal the muscles to breathe

The signs and symptoms of sleep apnea are as follows:

Muscular changes: When people sleep, the airway narrows as a result of the relaxation of the muscles of the airway, along with the tongue. Ideally, this relaxation does not prevent the flow of air in and out of the lungs, but this is seen in case of sleep apnea.

Physical obstructions: The presence of additional thickened tissue or excessive fat stores around the airway can restrict the airflow and can cause the loud snoring typically associated with Obstructive Sleep Apnea.

Certain factors that increase your risk of developing apneas are:

Treatment of Apnea can be classified based on its severity, duration, and cause symptoms as well as the patient’s lifestyle, comorbidities, and overall health. Treatment often includes lifestyle changes, such as weight loss and the use of a breathing assistance device, such as a continuous positive airway pressure (CPAP) machine.

Disclaimer: The above information has been prepared by a qualified medical professional and may not represent the practices followed universally. The suggestions listed in this article constitute relatively common advice given to patients, and since every patient is different, you are advised to consult your physician, if in doubt, before acting upon this information. Lupin Limited has only facilitated the distribution of this information to you in the interest of patient education and welfare.