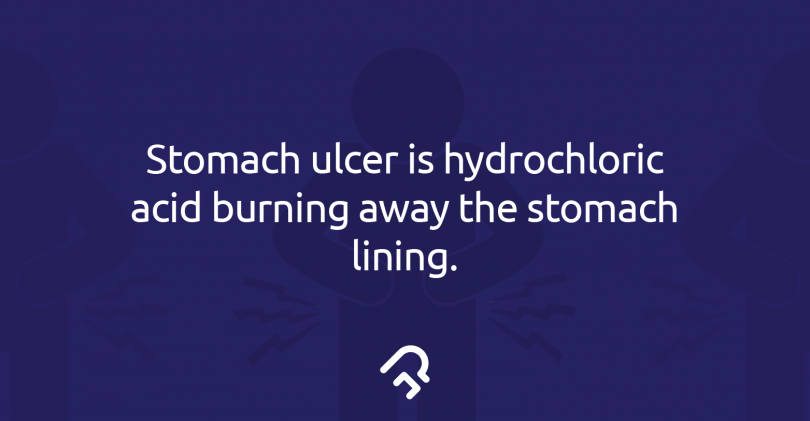 Stomach ulcers are sores in the lining of the stomach. These sores occur when the acid that generally aids in the digestion of the food attacks the tissue. The most common cause is a bacterial infection involving Helicobacter pylori, but long-term use of nonprescription or prescription pain medication can also result in this condition. Know the stomach ulcer facts to avoid them! 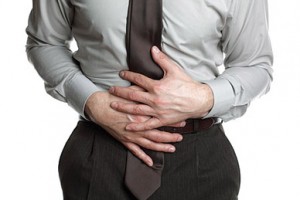 Barry Marshall, along with his research partner J. Robin Warren found out the cause and effect between helicobacter pylori bacterium infection and stomach ulcer and cancer. They discovered that Helicobacter pylori bacterium is the cause of gastric disorder or stomach ulcers. Their finding proved false the previous medical record that said gastric disorder or ulcer is only caused by stress, spicy foods, and excessive consumption of food or drink that contains acid.

If you’re experiencing the above symptoms visit your doctor at the earliest. One of the most essential stomach ulcer facts states that for diagnosing a stomach ulcer, your doctor may request an upper gastrointestinal endoscopy or gastroscopy. Note that if your doctor has asked for a gastroscopy, you will need to fast for 12 hours before the procedure.

Treatment will vary depending on the cause of your ulcer. Most ulcers can be treated with a prescription from your doctor, but in rare cases, surgery may be required.

If your stomach ulcer is the result of H. pylori, you’ll need antibiotics. For mild to moderate stomach ulcers, your doctor will usually prescribe the following medications:

When diagnosed with a stomach ulcer, you’ll do well to avoid the consumption of the following:

Acidic drinks: Coffee, carbonated beverages, and citrus juices are all acidic and can aggravate the stomach. Since it’s the acidity that causes the problem, it won’t matter whether you use caffeinated versions of the drink or not, either. In such cases, it is advised to follow a diet with non-acidic juices or plain water.

Citrus: If citrus juices are too acidic for an ulcer diet, then the fruits themselves are definitely out. You’ll need to wait for the ulcer to clear up before you can enjoy your grapefruits, tomatoes, lemons, and oranges!

Spicy foods: This one is more subjective as it can be a harmful trigger for some and does not have much effect on others. Unless you’re willing to experiment, it’s best to be cautious and avoid the chillis, hot peppers and Masala.

Fatty foods: Whether deep-fried, buttery, overly-processed or even a thick slab of meat, fat should be kept to a minimum when possible in a stomach ulcer diet. Fat can make your stomach produce more acid than usual.

Milk: Milk’s ability to coat the tongue and throat is one of the reasons it’s able to combat spicy food, so it’s not unreasonable to think it can do something similar to the stomach. Drinking milk can cause short-term relief from stomach ulcer pain but is best left out of the diet in the long term. Remember: milk has more fat in it than most drinks, which means it can cause more acid production.

Smoking: Another one from the common stomach ulcer facts is that smoking can promote acid production and further weaken the mucus lining. If you smoke, cut back or quit. Read more about the health effects of smoking.

Alcohol: Alcohol consumption irritates and erodes the lining of the stomach and alcohol abuse on its own is considered a risk factor for developing an ulcer.

Excess smoking, alcohol consumption, and NSAID (Nonsteroidal Anti-inflammatory Drugs) use are all considered risk factors for developing a stomach ulcer. Standard lifestyle changes like cutting back on drinks or cigarettes or finding alternative pain relievers are best considered alongside an ulcer diet which is one of the most common stomach ulcer facts . Common sense steps to prevent the spread of H. pylori can also be utilized, like washing your hands before handling food and cleaning fruits and vegetables.