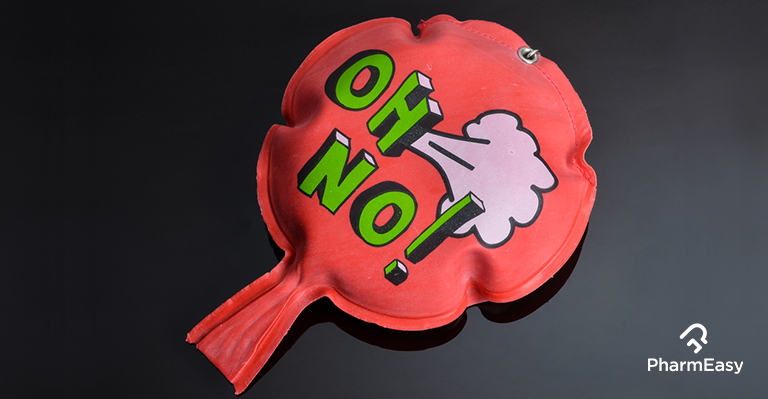 A lot of people often say that letting loose is the best way to deal with high blood pressure, but it now looks like letting one loose could be just as effective!

High blood pressure is one of the major health concerns for individuals and families across the world. The causes for this condition are many, ranging from age and diet to lifestyle choices such as smoking and alcohol consumption. Experienced doctors often prescribe physical exercise and a non-sedentary lifestyle to help lower one’s blood pressure.

However, there seems to be a very unconventional way in which the body itself is regulating blood pressure. It may cause quite a stink in some circles, but it has been shown that foul-smelling farts may actually be the consequence of the body trying to cut down its blood pressure.

This was discovered in a study conducted at John Hopkins University, Maryland, USA, which was reported widely by renowned publications such as the BBC. The study discovered that Hydrogen Sulfide, the chemical that adds the foul to a foul-smelling fart, was not only produced in the intestines, but also by an enzyme responsible for relaxing blood vessels.

It was earlier believed that Nitric Oxide was the sole chemical produced by the body that helped it regulate blood pressure by acting as a signaling molecule for the cardiovascular system. In fact, this discovery by three American scientists- Robert Furchgott, Louis Ignarro, and Ferid Murad, won the Nobel Prize for medicine in 1998.

But it now looks like Hydrogen Sulfide also plays a similar physiological role in the human body. So much so that some scientists are now speculating that pharmaceutical companies may soon develop ‘fart pills’ that would be prescribed to those suffering from high blood pressure.

While all of these fart related medical miracles are being developed, it is important to remember that just farting alone will not save you. High blood pressure can also be dealt with by an active exercise regime, a good diet, and abstinence from smoking and alcohol. All of these changes combined could be just what your cardiovascular system needs to function smoothly once again.

So, the next time you feel the need to break wind, just close your eyes, let it out, and think about how good it is for your blood pressure. Let’s just hope that the people around you also appreciate the medical importance of your actions!