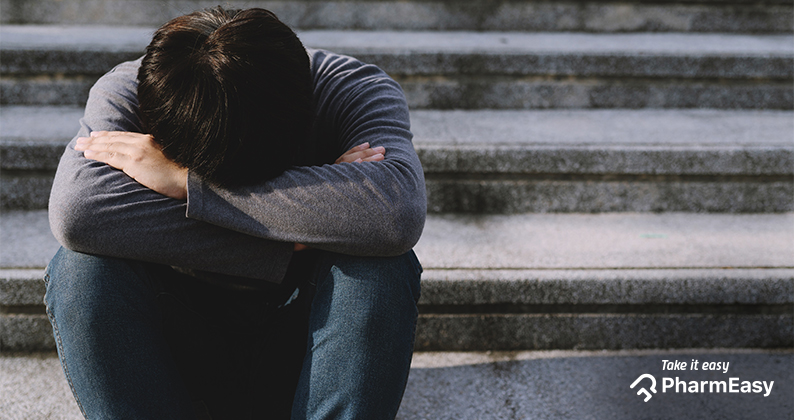 How many times have you heard somebody say that depression has made him or her wonder why all bad things happen to them? It is not a matter of fate. Depression is a complex disease. It is essential to be aware of and understand the causes of depression to be able to combat it better.

The Causes of Depression are:

1) Biochemical Factors in The Brain

From various researches, it has been found that often these three do not function properly in people who suffer from depression. The signals either don’t reach the next nerve cell or just get depleted.

In people with depression, it is mostly serotonin whose levels are reduced. In more severe cases, levels of noradrenaline and dopamine are also affected. Research has shown that depression can also shrink some brain cells.

One particular research that studied twins to check inheritance of depression had confirmed that it is indeed possible for depression to be a genetic problem.

Being ill and not having to attend school might have seemed like a great idea when you were a kid, but it isn’t the case always. Ill health dampens the mood alongside weakening the body physically. Chronic pain, irreversible diseases, certain wounds over time can affect the brain cells to the point of making the person depressed. Some particular medical conditions that are known to have depression as an effect are:

Studies are being carried out to find out if a compromised immune function is also one of the causes of depression.

Stress is usually the aftermath of a situation that did not bode well with you. Stress is unavoidable. Everybody is exposed to varying degrees of stress at various points in their lives. Some people are more resilient to it whereas others are not. The latter is easily vulnerable to depression.

Stress can be caused due to a nasty divorce of parents, abusive parents, death of one or both parents, financial problems, health problems, etc.

Many older adults suffer from depression. As humans age, brain functions slow down. As a result, the pathways of neurotransmitters become mangled. Hence, mood-affecting chemicals like serotonin do not remain as effective as it was earlier. As older adults are expected to slow down, it is possible for family members and doctors sometimes to miss the signs.

Some older adults develop depression after they start suffering from dementia. Mini strokes and high blood pressure also result in depression. The feeling of loneliness (in older adults who are left alone for long periods) is also one of the primary reasons for depression.

Very less acknowledged, depression during and after pregnancy is quite common. It is usually divided into three parts:

50% to 80% of all mothers are known to have experienced postpartum blues after childbirth. It can last for up to 2 weeks but in most cases, fades away after a few days.     Symptoms include feeling overwhelmed or anxious, having mood swings, losing appetite, frequent crying spells, and sleep trouble.

This occurs in every 1 out of 5 mothers. Symptoms include lack of joy, lower libido,  severe mood swings, loss of interest, trouble in concentrating, withdrawal from family and friends, emotional numbness.

Postpartum Psychosis affects every 1 or 2 in 1,000 women. Women diagnosed with bipolar disorder or schizoaffective disorder have an elevated chance of suffering from postpartum psychosis.

The onset of depression is linked to stress- the stress of becoming a new parent, of having to be responsible for the life of another human being, major physical changes during and after pregnancy, labour pain, etc.

Sometimes miscarriage, lack of family support, issues related to childbirth are also contributing factors. The postnatal change in lifestyle can also be a trigger. Some people struggle a lot to adapt, deal with the odd hours that go behind taking care of the baby. Others cannot come to terms with their physical changes and become depressed whilst trying to cope with it.

Identifying the causes of depression is not always easy. In most cases, there can be more than one reason for depression. If you spot any of the signs or symptoms of depression, consult a doctor at the earliest