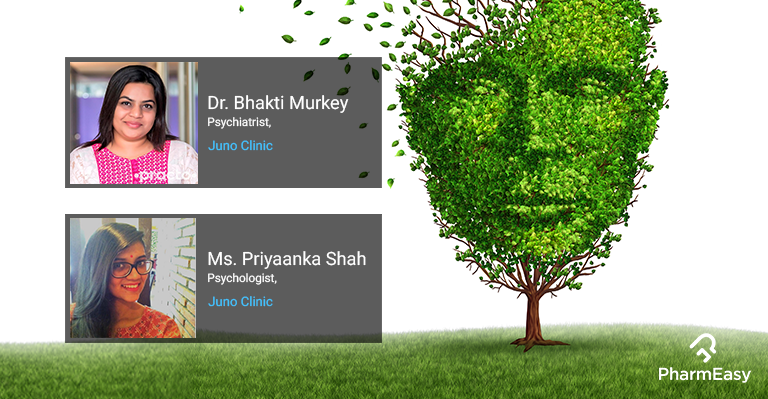 What is Alzheimer’s disease?

To a layman, Alzheimer’s is a disease in which the patient suffering from Alzheimer’s slowly loses his/her memory. But in medical parlance, Alzheimer’s is a progressive mental deterioration, occurring mostly in the old age. This happens because of degeneration of neurons in some parts of the brain. It is a common cause of premature senility.

How does dementia typically present?

Alzheimer’s is the most common form of dementia and typically begins with memory loss for recent events, and gradual decline in various cognitive abilities, ultimately leading to interference with activities of daily living over the years. In its early stages dementia can present with:

What is the significance of early diagnosis?

The degenerative processes behind Alzheimer’s disease begin 10, or even 20 years before symptoms become evident and the condition gets diagnosed. Hence, early diagnosis is of crucial importance in addressing the symptoms effectively. To know if one suffers or is prone to suffer from Alzheimer’s, it is advantageous to be able to obtain some accurate and early diagnosis when the cognitive symptoms start:

What is the recent research update on signs to predict the onset of Alzheimer’s?

In a recent study published in The American Journal of Psychiatry (Haridy et al., 2018), it was found that increasing symptoms of anxiety could be an early indicator of Alzheimer’s, thus allowing health professionals better targets for early interventions to treat the condition before it causes too much irreversible neurological damage.

Depression has often been a common denominator in the preclinical phase of those diagnosed later with dementia. When specific symptoms from the same were assessed in correlation with the cellular pathology of dementia, the researchers found a stronger association of the pathology (beta-amyloid levels in the brain) with the person’s preclinical state anxiety. However, this study did not comment upon its association with a subsequent onset of Alzheimer’s disease, thus warranting further long-term study to ascertain such connection, if present. This research being in its preliminary stages also awaits application on pragmatic levels.

What is trait and state anxiety?

State anxiety describes the experience of unpleasant feelings when confronted with specific situations, demands or an object or event. It typically anxiety arises when the person makes a mental assessment of some threat. When the perceived threatening object or situation goes away, the person no longer experiences the anxiety, thus making it a temporary condition.

What is ‘Catastrophic reaction’?

A catastrophic reaction is an excessive reaction by a person, to something that may seem otherwise inconsequential to others. Quite often, a person with dementia simply may not be feeling well or might be feeling rushed and confused during early stage symptoms (when they notice/ experience their new-found inefficiency) or could be triggered by some distant memory, or some complication in communication. It is important for caregivers and family members to be sensitive to the emotional needs of the ones suffering from this experience and respond to them with empathy, patience, and reassurance.

What is the role of the caregivers?

In the early stage of Alzheimer’s, most people function independently. He or she may still drive, take part in social activities, volunteer and even continue to work. As a caregiver/partner, it is important to provide adequate support and companionship to the person and help him/her plan.

It is a new and unfamiliar role to play and might make one unsure of where to go for information, or anxious about what to expect as the disease progresses and wonder whether one would be able to support the loved one living with dementia. In such cases, it is recommended to communicate with your nearest mental health facility or professional/s and seek medical guidance and support.