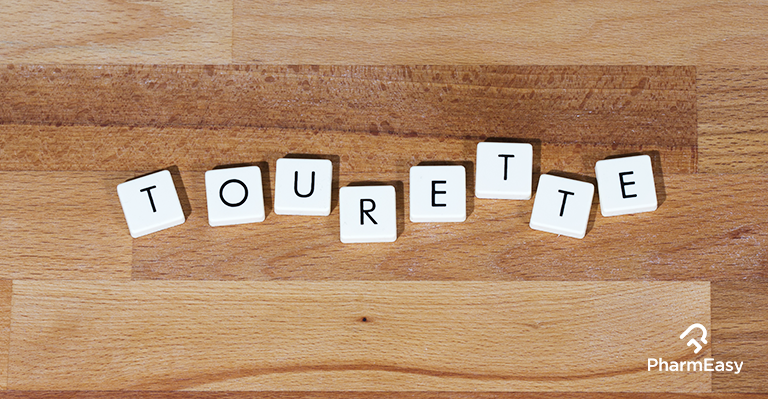 Recently, Bollywood diva Rani Mukherjee made a comeback with yet another powerful film. Known for her versatility, Rani chose to play an aspiring teacher who suffers from the Tourette’s Syndrome. So, what is Tourette’s syndrome?

Simply put, it is a problem in the nervous system that makes people create sudden movement or sounds. These sudden sounds and movements are also known as tics. Unfortunately, it is something they are unable to control. For e.g. someone might have trouble controlling their blinking or clear their throat again and again. For some, speaking certain words when they don’t want to say it all etc. These are also known as tics and can be controlled with treatment. But until symptoms really bother people, they may not need treatment.

There are several cases of Tourette syndrome found in India. Unfortunately, there is not much awareness about the condition and therefore, it often gets misdiagnosed. The signs begin in the childhood itself, and it is more commonly seen in boys than in girls. However, the condition might get better as they grow up and might even go away completely.

But what causes Tourette syndrome?

The Tourette’s syndrome is often linked to different brain regions, especially the basal ganglia. The basal ganglia helps in controlling movements of the body. If any differences exist here, it affects the chemicals and the nerve cells that carry messages between them. Simply put, according to researchers, trouble in the brain’s network leads to Tourette’s syndrome. However, doctors are yet to find out the exact cause of this issue in the brain, but genetics do play a role. If someone in the family had Tourette’s syndrome, one is likely to get it, but the symptoms may vary.

What are the symptoms of Tourette syndrome?

Tics are its main symptom. At times these tics may be very mild so may go unnoticed. For others, the tics occur often and are obvious. Excitement, sickness, fatigue and even stress can aggravate this situation or make it worse. Sadly, the severe symptoms have a negative impact on one’s life. It may even lead to depression.

These sudden or involuntary movements are motor tics and they are:

For vocal tics, the symptoms are:

Sudden barking or yelping, throat clearing, grunting, coughing or repeating what others say. Some may even shout, sniffle or swear.

These tics are complex and simple. Simple tics affect only a few parts of the body such as blinking or face making. On the other hand, complex tics may involve many parts of the body – jumping, swearing etc. Patients with Tourette’s syndrome may feel a tingling or tense sensation before a motor tic occurs. Doing certain movements helps get rid of this sensation. One may be able to hold their tics for a short period, but they will happen nonetheless.

Doctors have seen that most people afflicted with Tourette’s also take medication for ADHD. Tourette’s syndrome can aggravate issues for people with:

If one is showing symptoms of Tourette’s syndrome, then you must see a neurologist. Unfortunately, there are no tests for this condition. MRI scan of the brain may also help as well as CT scan.

If the tics are mild, no treatment is required. But if they are problematic, prescription medication may help. However, finding the right dose may take some time as the tics need to be observed.