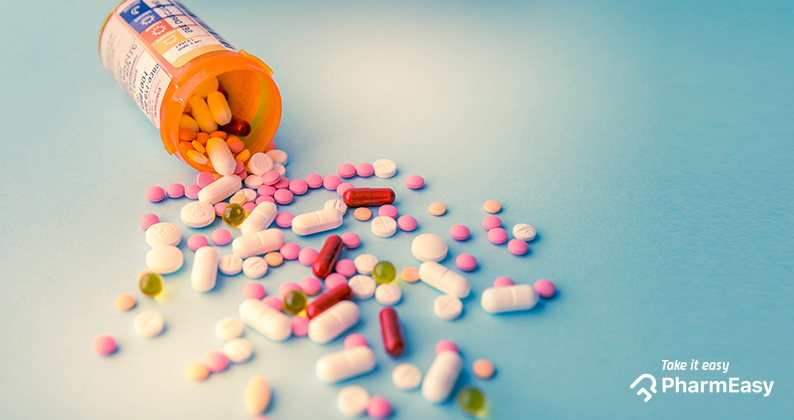 Antidepressants are medicines that provide relief from symptoms of depression, anxiety disorders, and seasonal affective disorder among other conditions. They are prescribed usually for six months to one year and should be taken exactly as directed by the doctor.

Potential Side Effects of antidepressants are:

This is the most common side effect of antidepressant drugs. These drugs affect the CNS (Central Nervous System) and the production of serotonin, a neurotransmitter that affects your mood. With the increase in serotonin levels, the medicines stimulate serotonin receptors in the gastrointestinal tract and the brain. The combined effect on both the central nervous system and gastrointestinal tract makes you nauseous. If you stop the medication all of a sudden, you can feel nauseous because of antidepressant withdrawal. The body doesn’t register the sudden change and reacts, resulting in uneasiness and the urge to vomit.

This is another very common side effect of antidepressants but it isn’t addressed too often. About 50% of patients on antidepressants complain about decreased libido. Symptoms include vaginal dryness, low libido, and erectile dysfunction. As the medications increase serotonin levels in the body, the sense of calmness and stability can lower the libido and prevent you from achieving an orgasm.

Anomaly in weight comes with depression. Some people lose weight initially but start gaining it back after taking antidepressants. With improved mood and appetite, some people end up gaining a lot of weight. With increased levels of serotonin due to antidepressants, people start craving carbohydrate-rich foods like pasta, bread, and desserts that might lead to unwanted weight gain.

Have you been feeling extremely tired and drowsy after taking your antidepressant medications? They might be side effects of the drug that you have been prescribed. While antidepressants work on the mood-affecting neurotransmitters, they also have some effect on other chemicals in the brain like histamine and acetylcholine. The changes in these neurotransmitters might make the body weak and make you feel fatigued throughout the day.

Does your mouth feel unusually dry once you pop in your antidepressant? Do not worry as it is a very common side effect of the medications. As discussed above, antidepressants affect neurotransmitters other than the mood-inducing ones like serotonin. Changed levels of histamine and acetylcholine result in dry mouth. That, in turn, makes the throat dry due to which talking, swallowing become irritable.

Fatigue is a direct result of insomnia that in turn is a possible antidepressant drug side effect. Antidepressants affect serotonin, adrenaline, and acetylcholine that are known to shape sleep and wakefulness. When the levels of these chemicals are altered, the sleep cycle gets altered too resulting in insomnia. Most side effects do not stay for longer than a few weeks but if sleeplessness persists, do not take it lightly as it will make you feel terrible during the daytime.

Have you been facing problems with bowel movements? Has passing bowels become very difficult and/or less frequent than normal? Your antidepressants might be causing them. Antidepressant drugs block the action of a neurotransmitter known as acetylcholine. As a result, muscular contractions diminish and the passage for the bowels becomes drier causing constipation.

Antidepressants sometimes cause low blood pressure. It results in dizziness. Be careful when you go about your day whilst on these medications. The abrupt withdrawal from antidepressants can also cause dizziness.

Antidepressants make your brain cells more active. While all that increased levels of energy may feel great, it sometimes tags along with restlessness and agitation as side effects. Relaxing or staying still in one place becomes very tough. You might start feeling anxious, irritable, and impulsive.

How Do Antidepressants Work?

It is important to keep track of the side effects once you start taking your antidepressants. Do not wait too long before going to the doctor if any of the problems affect you too much and for a long time. Together, you and your doctor can come up with viable solutions that can subdue the bad effects of antidepressants.