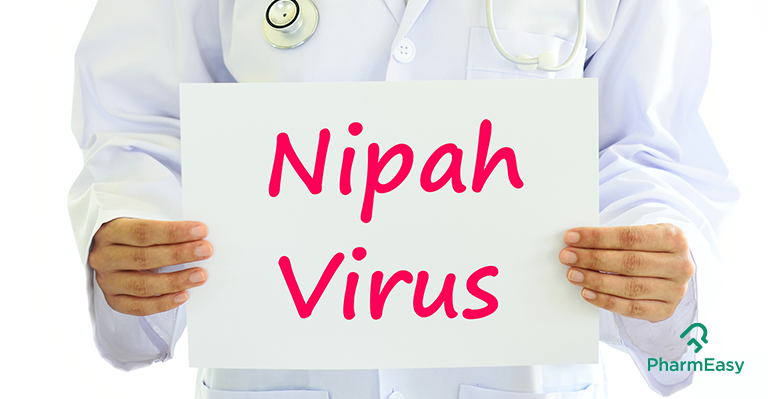 The recent news of Nipah virus has set the Kerala health department on red alert. Eleven people are dead due to this silent, but deadly disease. Given the rapid increase in the number of deaths caused, the government has set up an internal task force to monitor the cases closely. The health department is working towards containing the virus as soon as possible as the mortality rate is 70%.

The epicenter is at Perambra, about 40 km from Kozhikode.

Learn how the Nipah Virus or NiV spreads, the symptoms and its treatment below:

What we know of the Nipah Virus so far:

The Nipah Virus features in the WHO 2018 list of viruses that have the potential to create an epidemic or a huge health scare in the world.

The Nipah Virus was first found in pigs in Kampung Sungai Nipah, in Malaysia in the year 1998. Its last known outbreak was in Bangladesh in the year 2004.

What is Nipah Virus?

Per the WHO, the NiV aka Nipah Virus is an infection; an emerging zoonosis i.e. can be transmitted to human beings who come in contact with infected animals. It is a deadly disease for both humans and animals. Fruit bats are this virus’s natural hosts. These bats belong to the Pteropodidae family of the Pteropus genus.

Named after the village in Malaysia where it was first detected, the virus is found in domestic animals like cats, dogs, horses, sheep, goats, etc. they get infected after they come in contact with pigs.

Currently, in the case of Nipah virus in Kerala, the disease is spreading due to human-to-human transmission. The first reported case of NiV was reported in Siliguri district in the year 2001 of which the 66 cases reported, 45 people died from the disease.

The treatment for Nipah Virus focuses on containing the fever and the neurological symptoms.

How did the Nipah Virus emerge?

As per epidemiologists, due to the loss of the natural habitat of bats, this virus has emerged. Because they lose their habitat, the bats are stressed and go hungry. This makes their immune system weaker and due to this their virus load increases. This virus is then spilled through their saliva and urine.