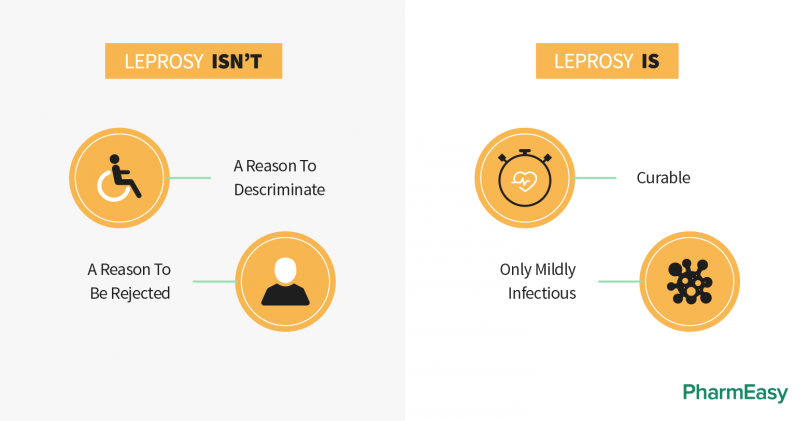 Leprosy disease is caused by the bacterium Mycobacterium leprae, and transmission is thought to be either via the respiratory route or through direct contact with an infected organism.

Infection by the bacteria doesn’t immediately mean you have the disease. There are 2 possible presentations: tuberculoid or Lepromatous. In the tuberculoid form the patient is capable of mounting an adequate cell-mediated response, where a couple of hypopigmented lesion appears the patient’s body. The lepromatous form is usually what we recognize as Leprosy disease, whereby the infected presented with numerous, poorly demarcated lesion over the body and is thought to be due to an overwhelming B-cell response that damages the nerves in addition to the bacteria.

We usually think of leprosy in the context of the middle Ages or a biblical plague. However, it is still around and an estimated two to three million people suffer from the disease even today.

Leprosy had entered England by the 4th century and was a regular feature of life by 1050. Today it is known as Hansen’s disease. The first known example of a leper hospital is thought to be St Mary Magdalena in Winchester, Hampshire where burial excavations found evidence of the disease. The remains were found to be of that between 960 and 1030 AD.

It was long thought to hit humans exclusively, but recently, scientists have learned that armadillos can also harbor the leprosy virus.

The bacteria can take from 2 to 10 years to fully develop. When it does, the following symptoms can be noticed:

Some symptoms of leprosy may include:

Treatment depends on the type of leprosy that the person has. Antibiotics are used to treat the disease. Long-term treatment, usually from six months to a year with two or more antibiotics is recommended. People with severe symptoms may need to take antibiotics for a longer period of time. Antibiotics, however, cannot treat the nerve damage.

Anti-inflammatory drugs are used to manage nerve pain and damage related to the disease. Patients may also be given thalidomide, a potent medication that suppresses the body’s immune system. It helps treat leprosy skin nodules.

Thalidomide is however known to cause severe, grave birth defects and should by no means be taken by women who are pregnant or women who may become pregnant.